Malta is a nation island that was important in WWII. It has ruins up to 6,000 years old. There are several fortresses in the main bay of Valletta. Fort Manoel in the same bay is also the original filming site of King’s Landing in Game of Thrones. 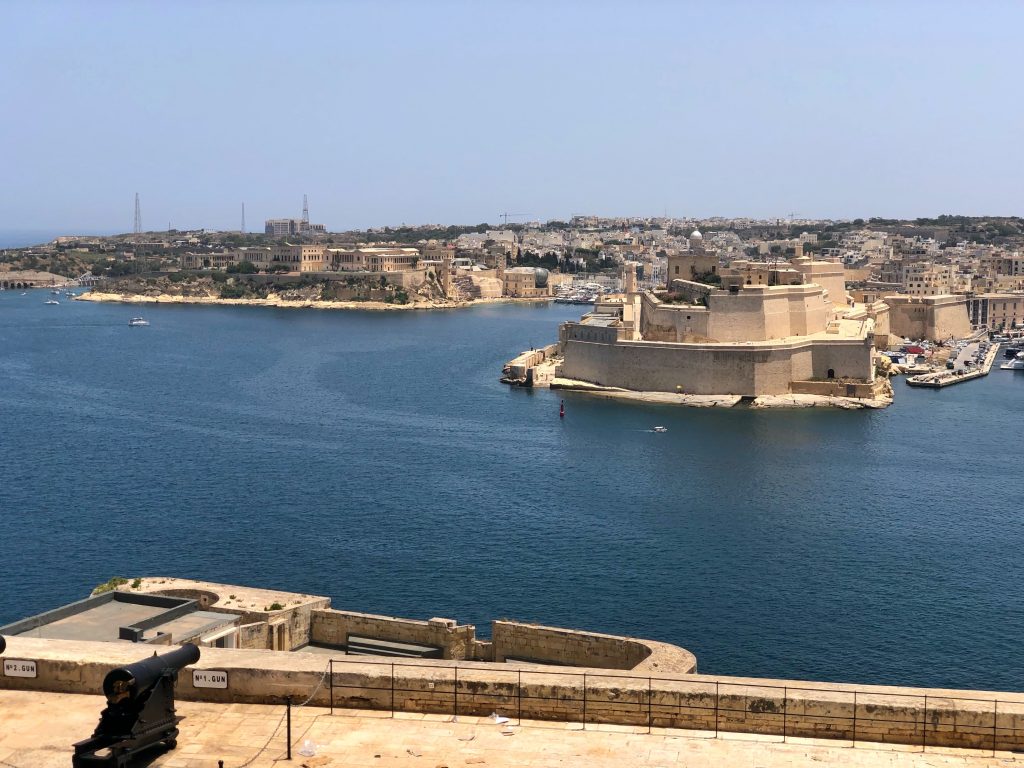 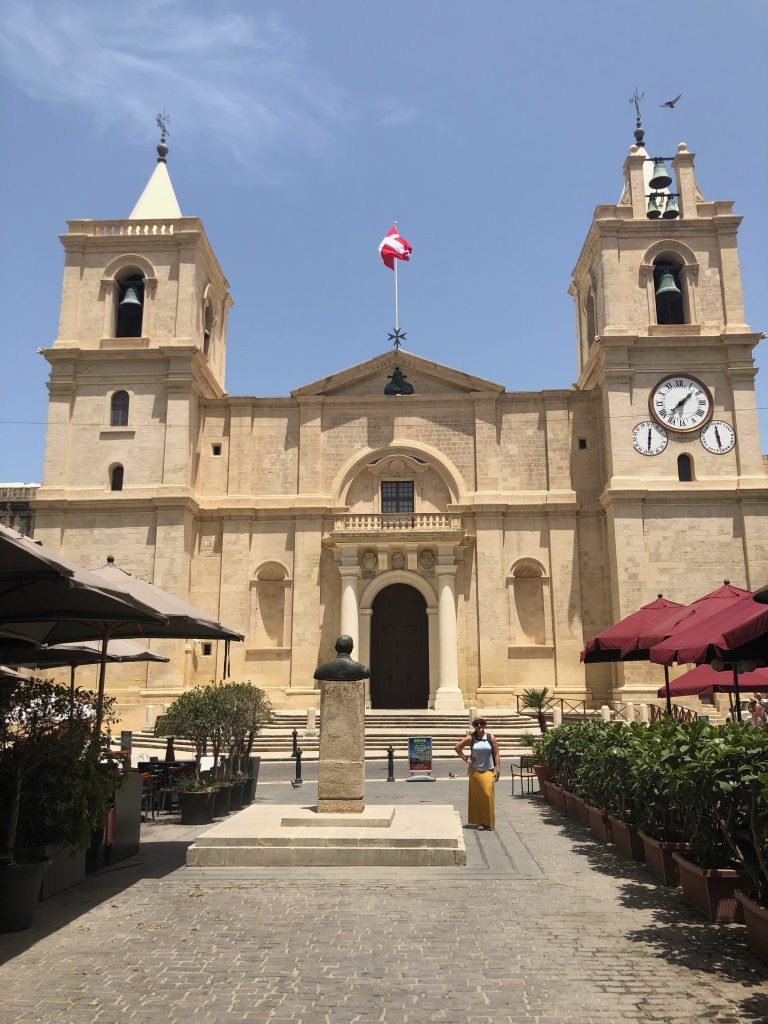 It was miserably hot and we stopped by a shopping mall to cool off and get a snack. It felt just like the malls at home. 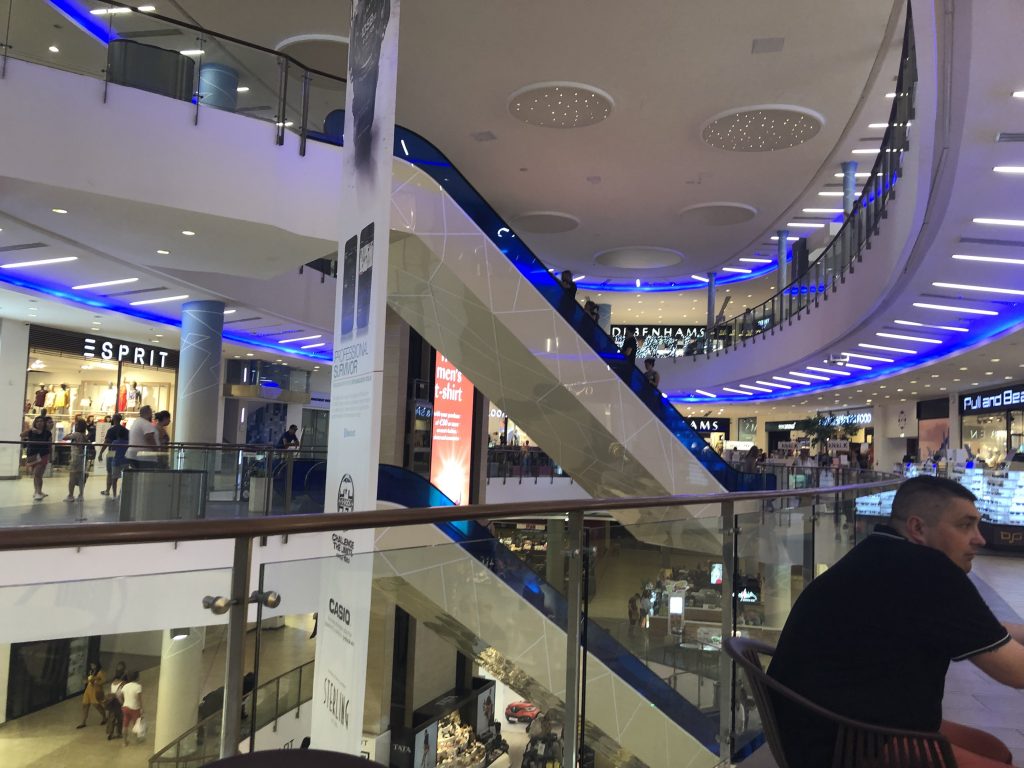 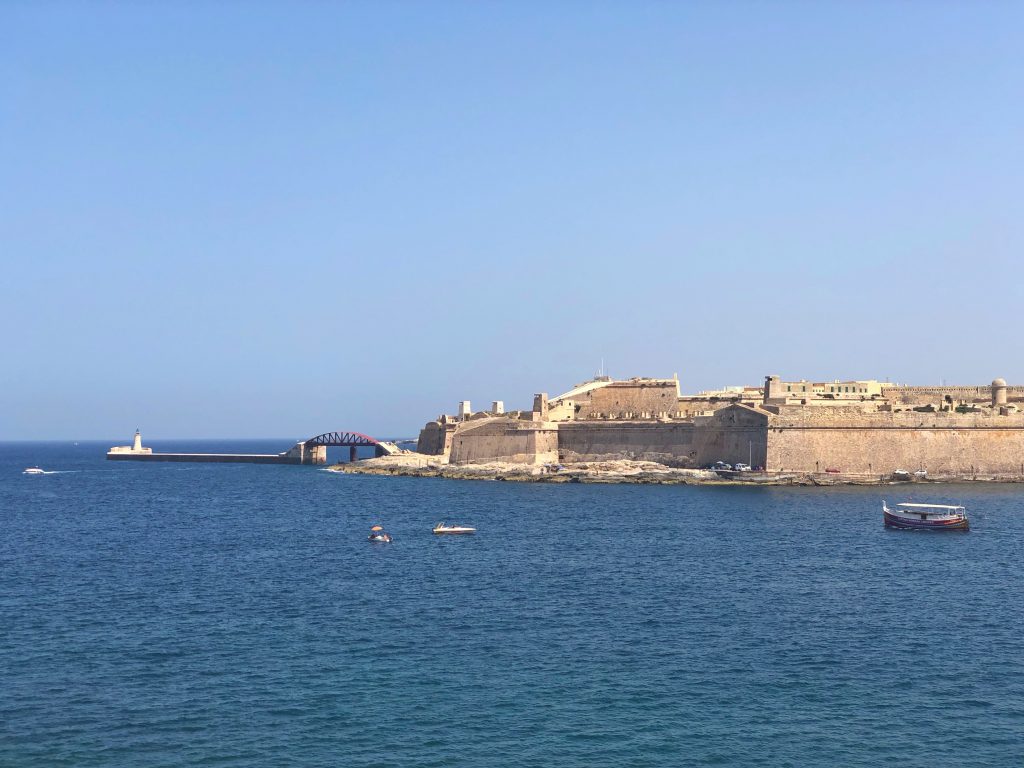 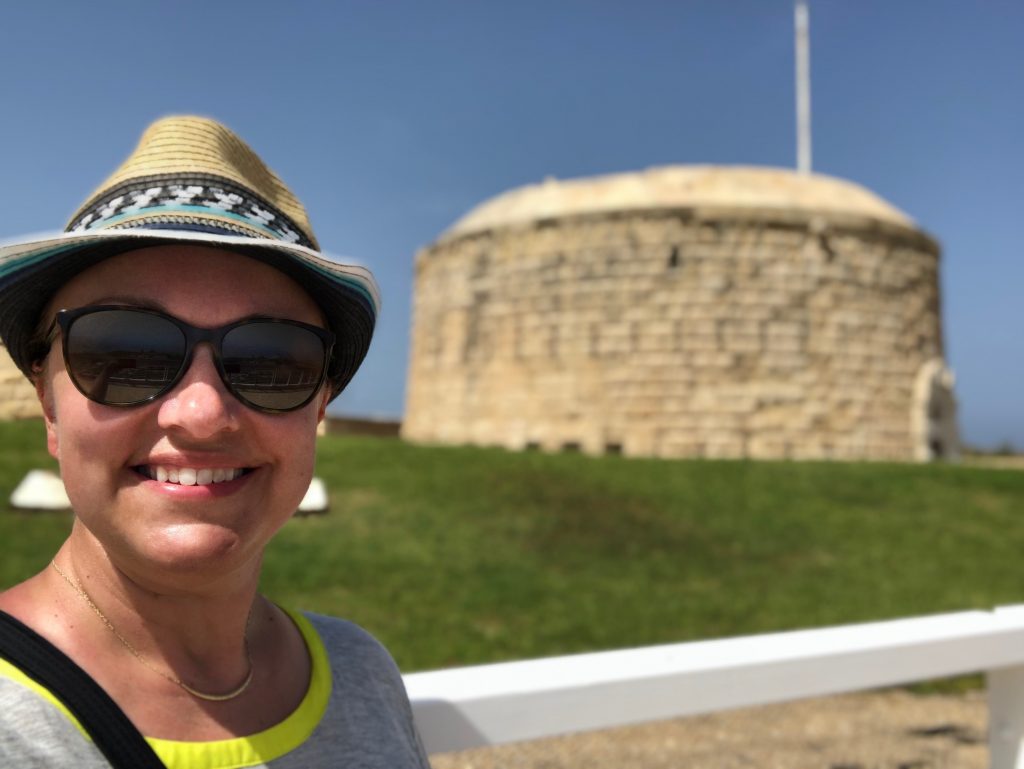 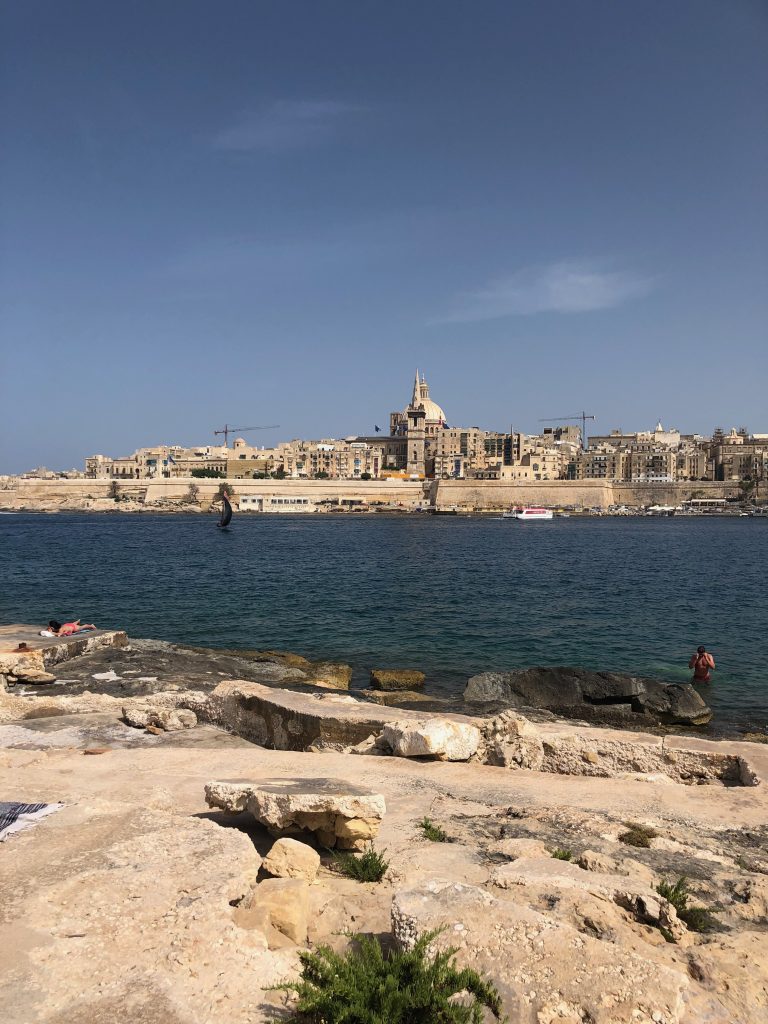 This is the side of Fort Manoel (where Ned Stark was beheaded in Game of Thrones). The fortress was closed when we were there. 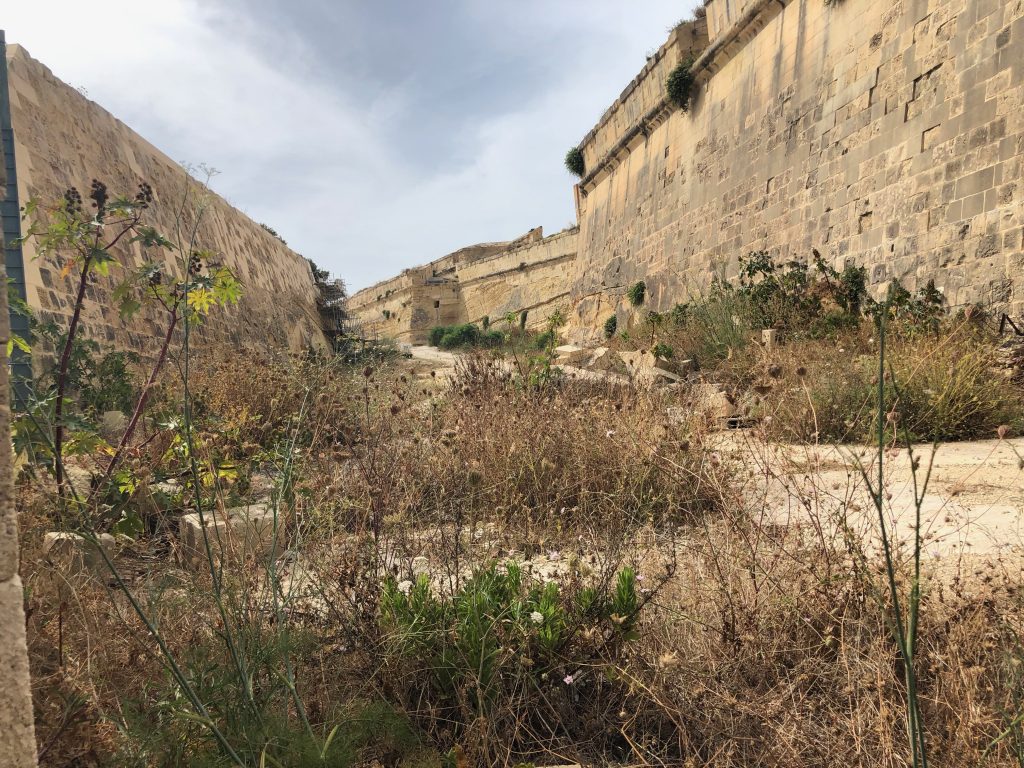 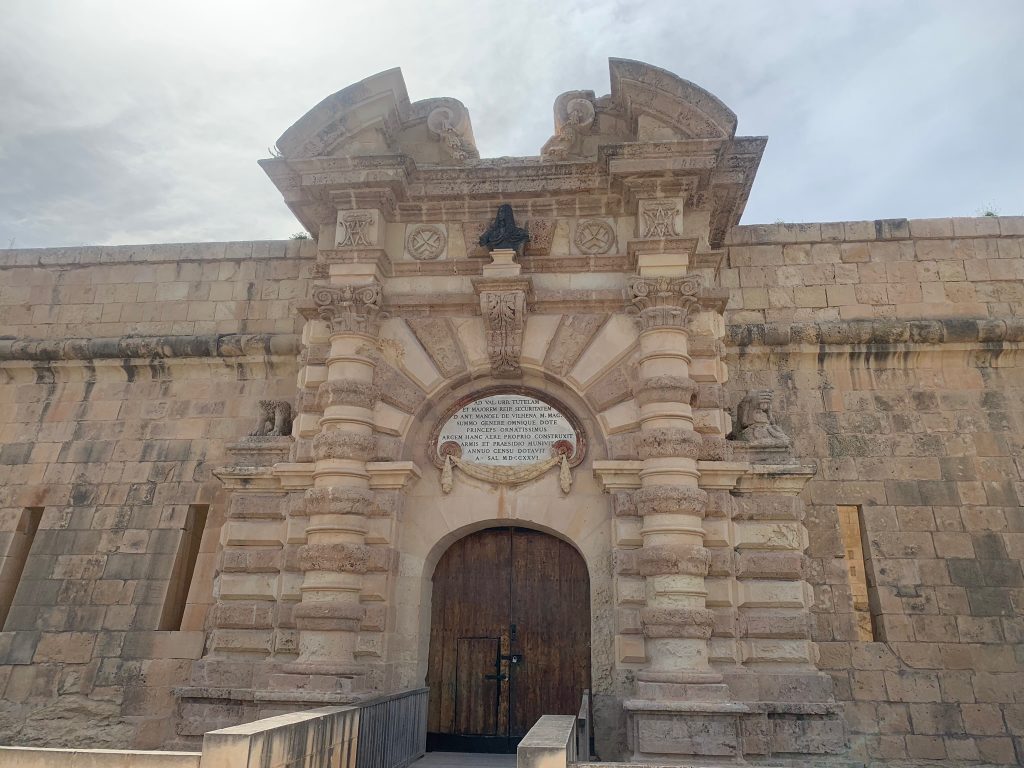 We had some great Turkish food for lunch, but forgot to take photos until we were nearly finished. Yum! 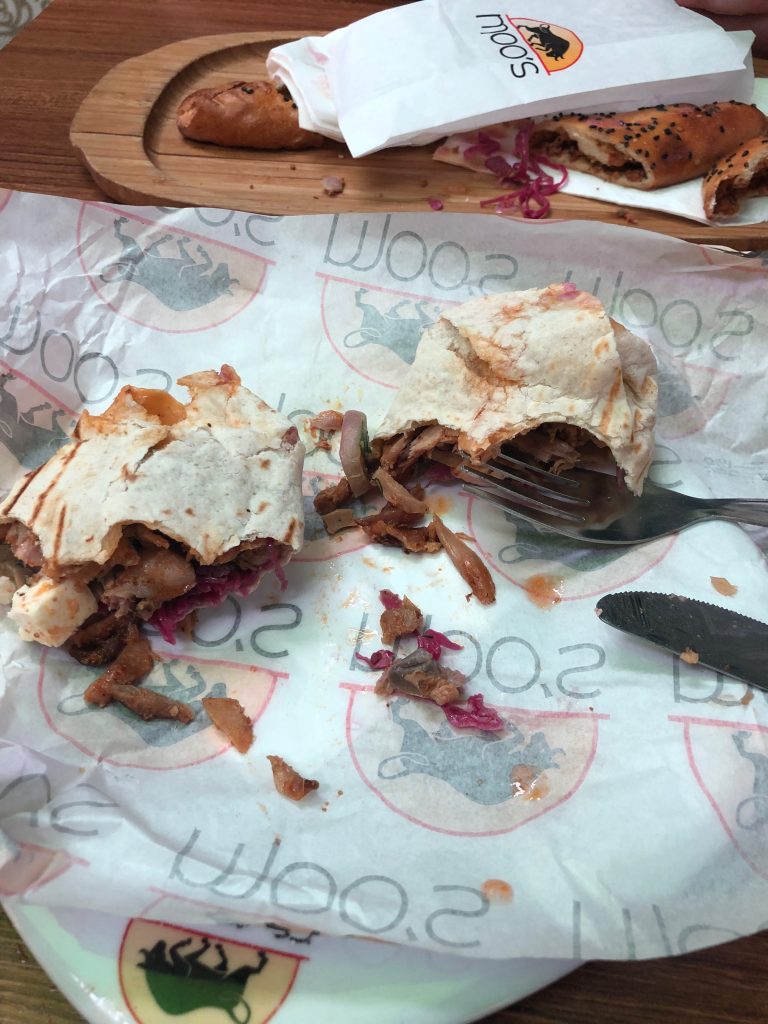 Fountain near the top of Valletta. 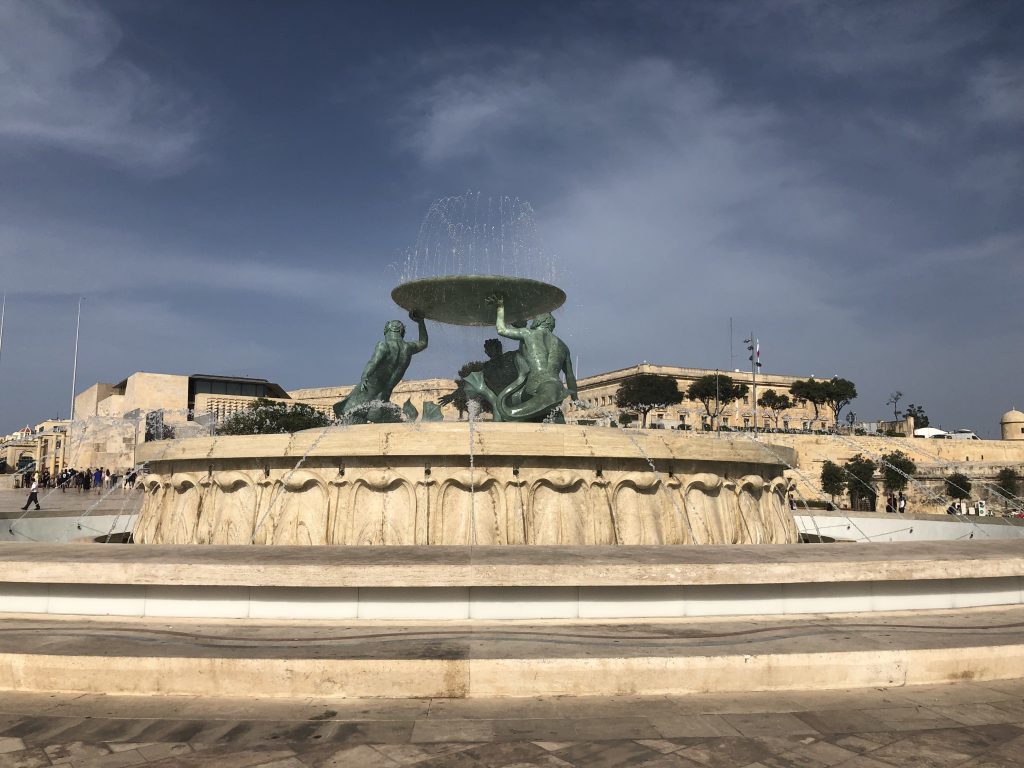 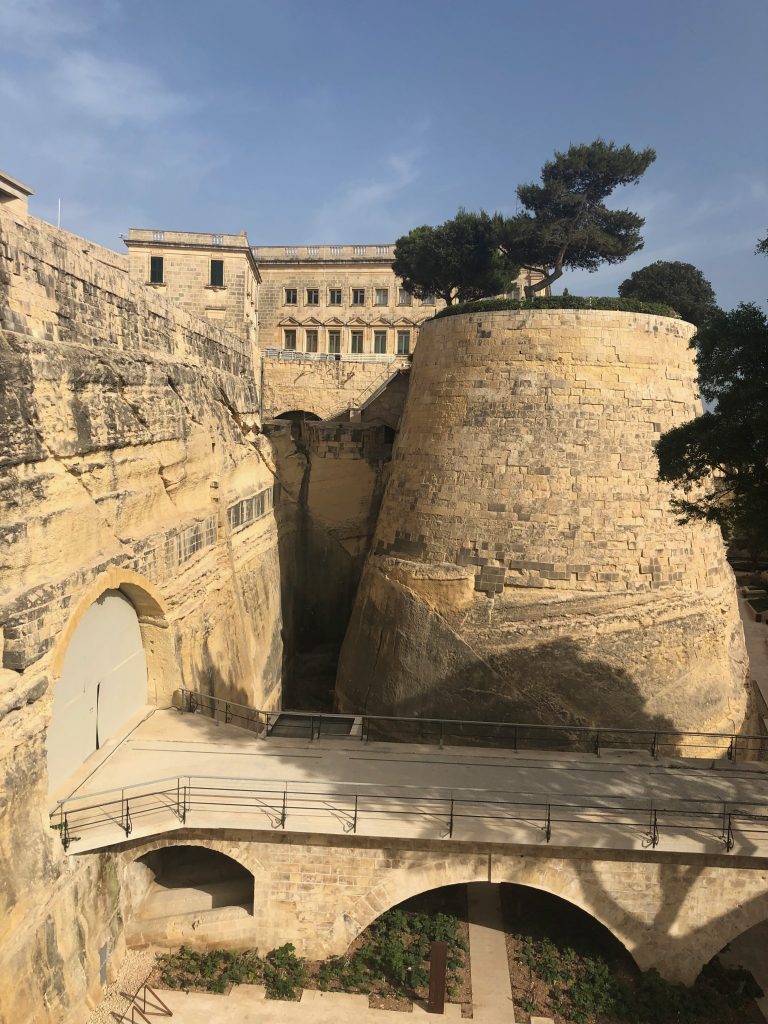 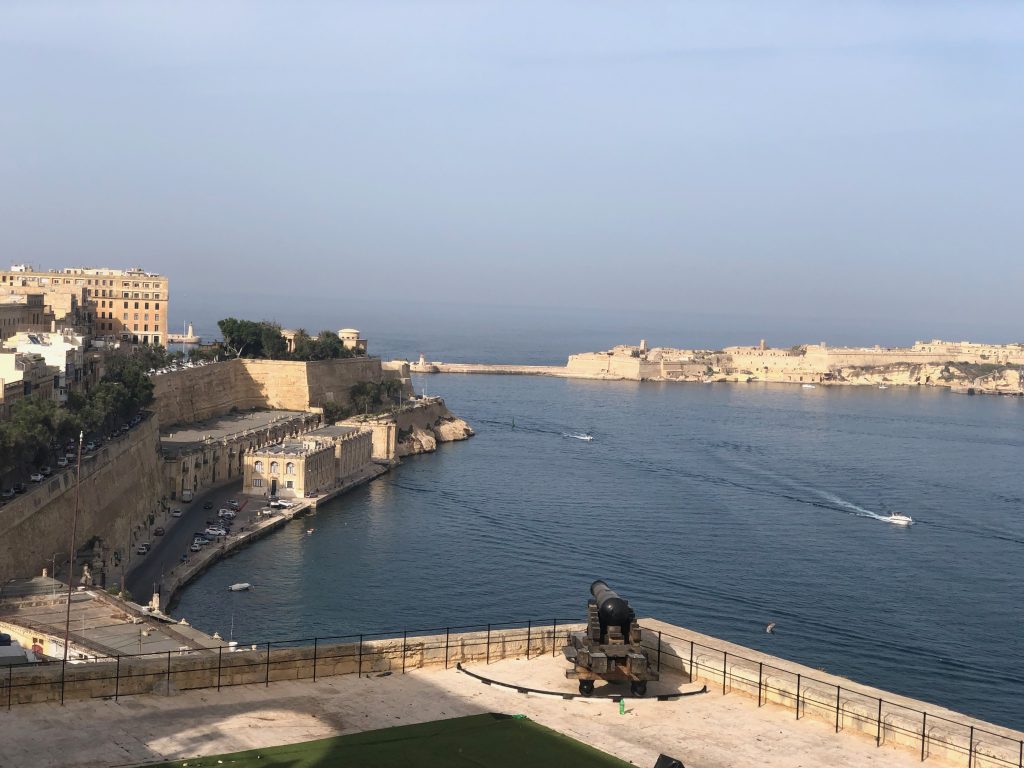 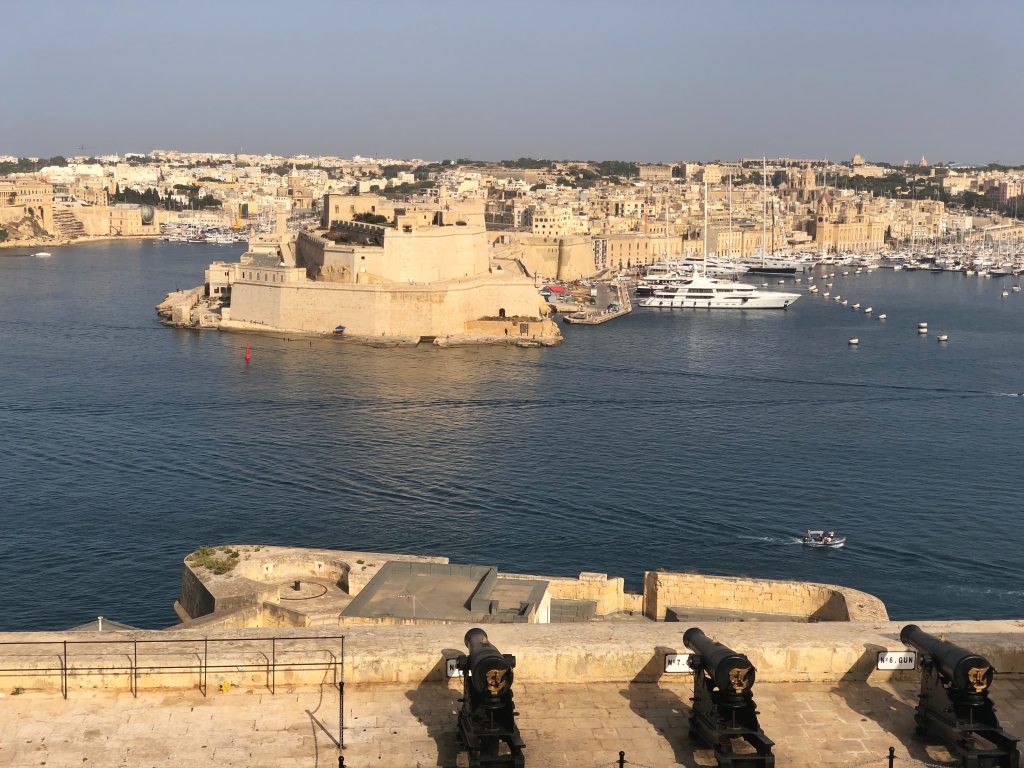 Us on our way back to the ship.

Cruising out of Valetta at night. 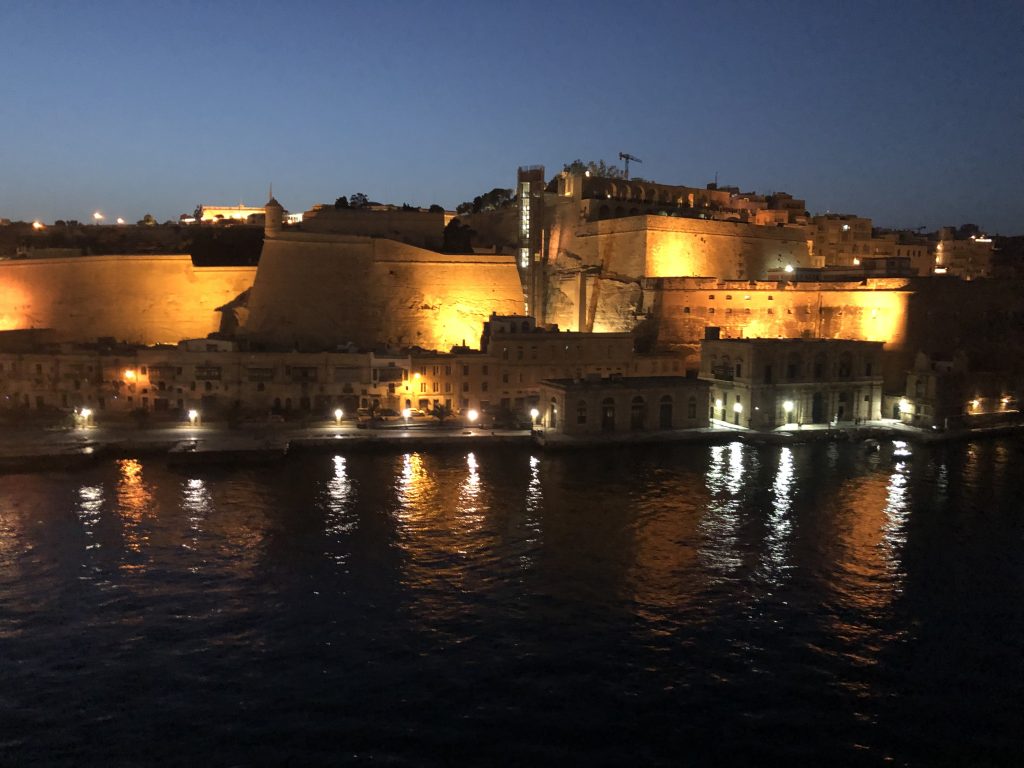 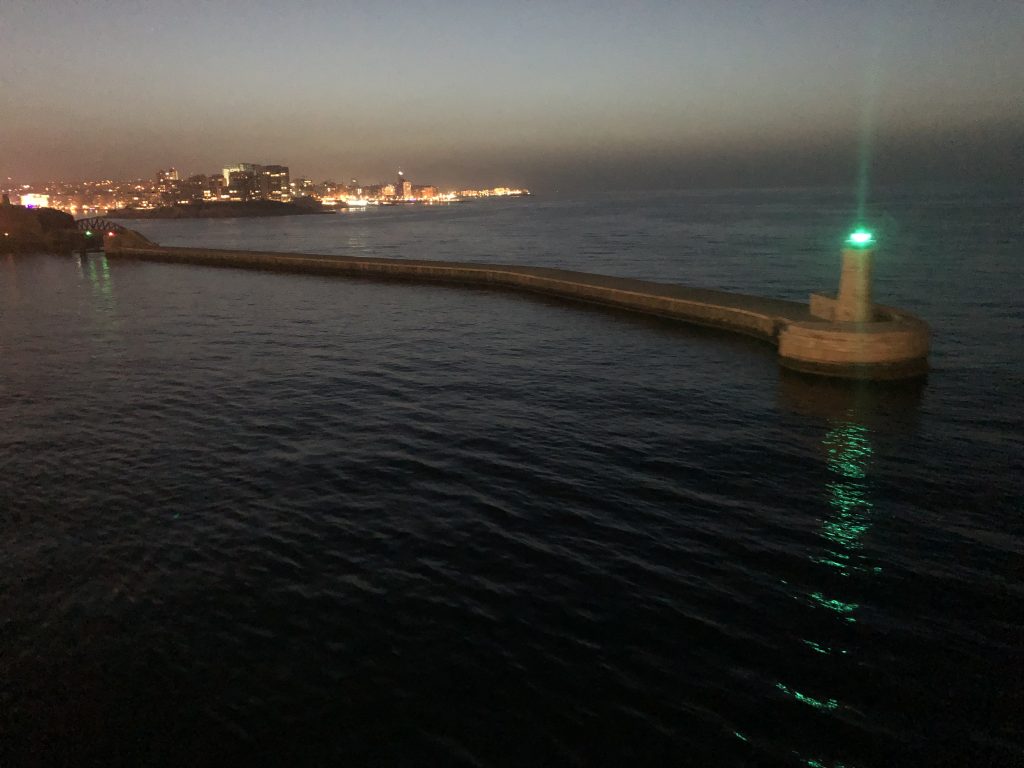