Sicily was one of our favorite places. We loved the quiet atmosphere, beautiful mountains and water, and the delicious food. We took a private tour and really enjoyed it.

Sicily is just off the coast of mainline Italy, that you can just see on the right of this image. 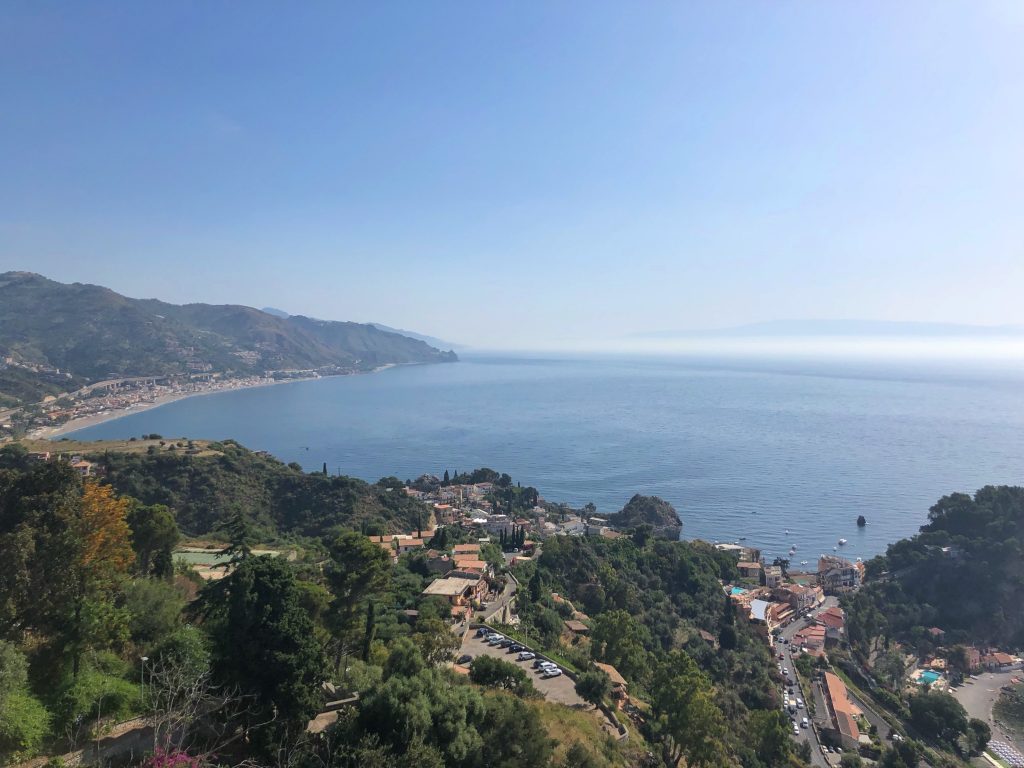 We went to Taormina, nestled beneath Mt. Etna, the tallest active volcano in Europe. You can see it smoking in multiple images. 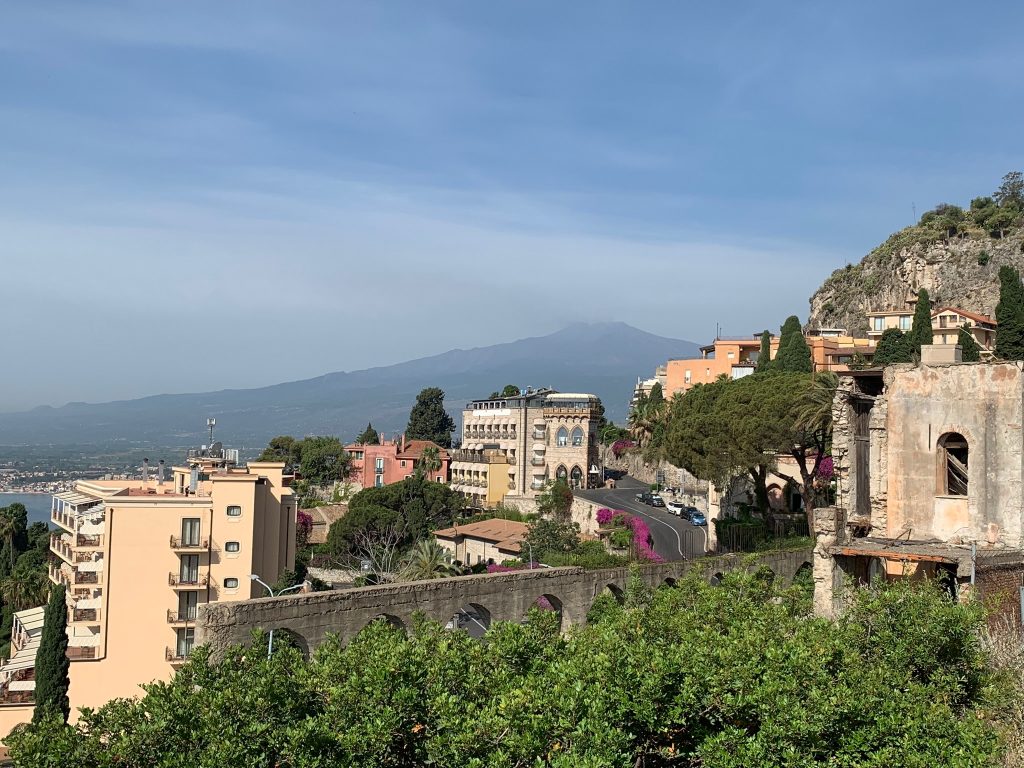 The islands and beaches are popular with tourists. 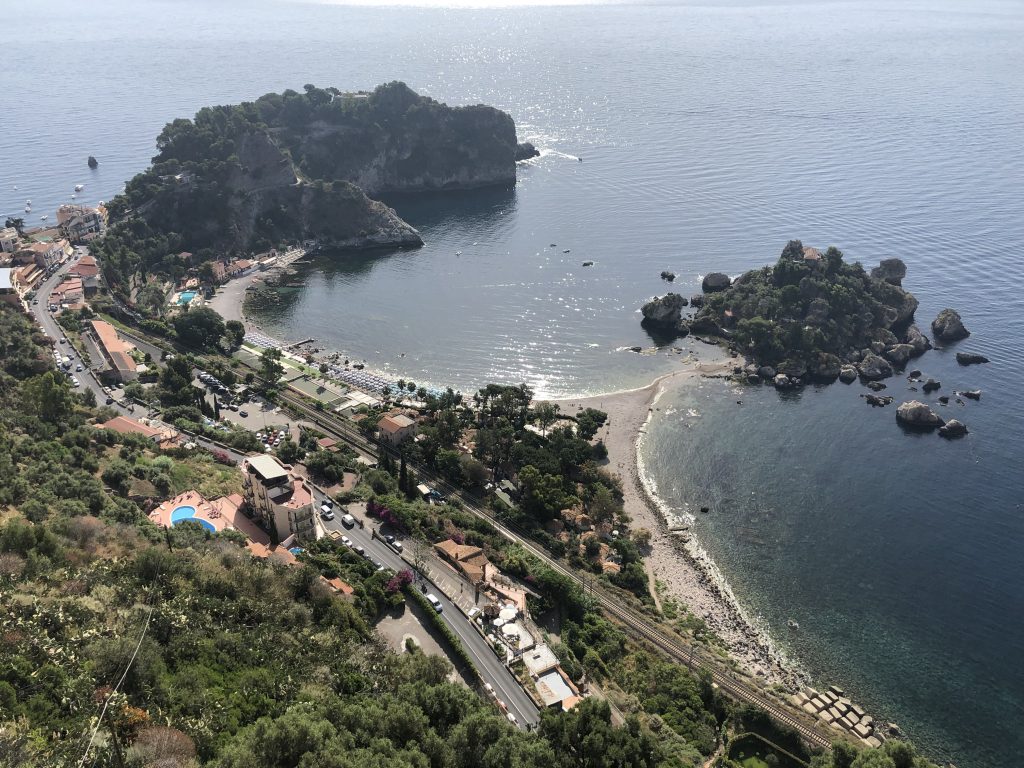 Our tour guides brought us the best cannoli I’ve ever tasted. Kendra didn’t like it as well because in Sicily, it’s made with goat cheese. 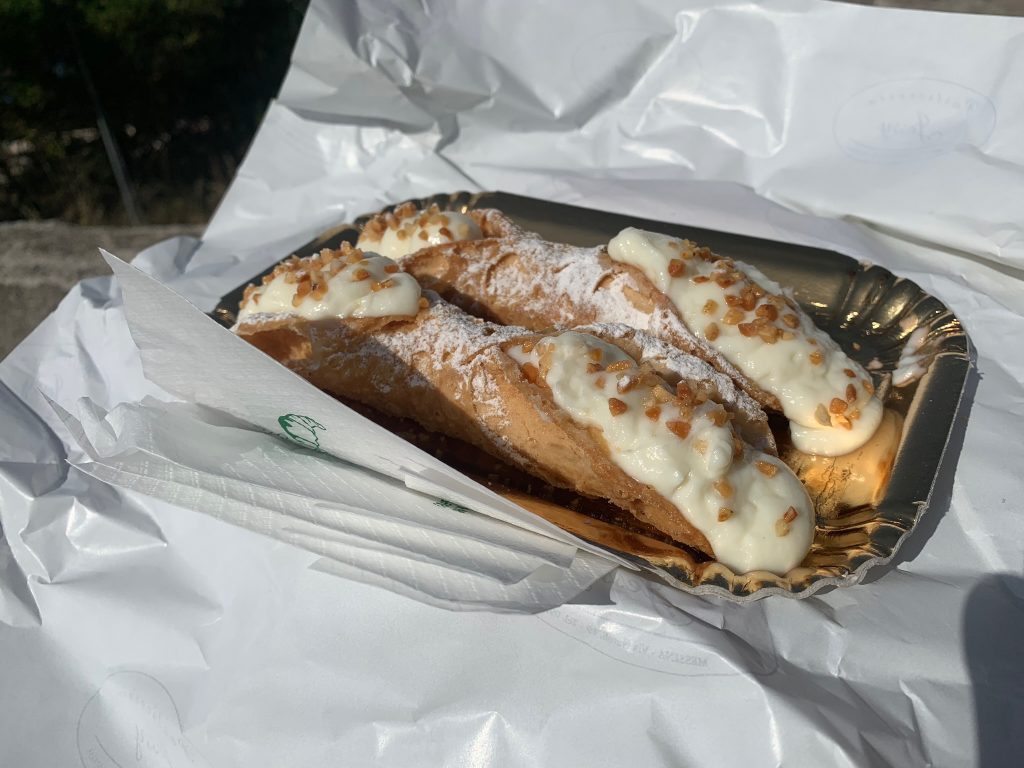 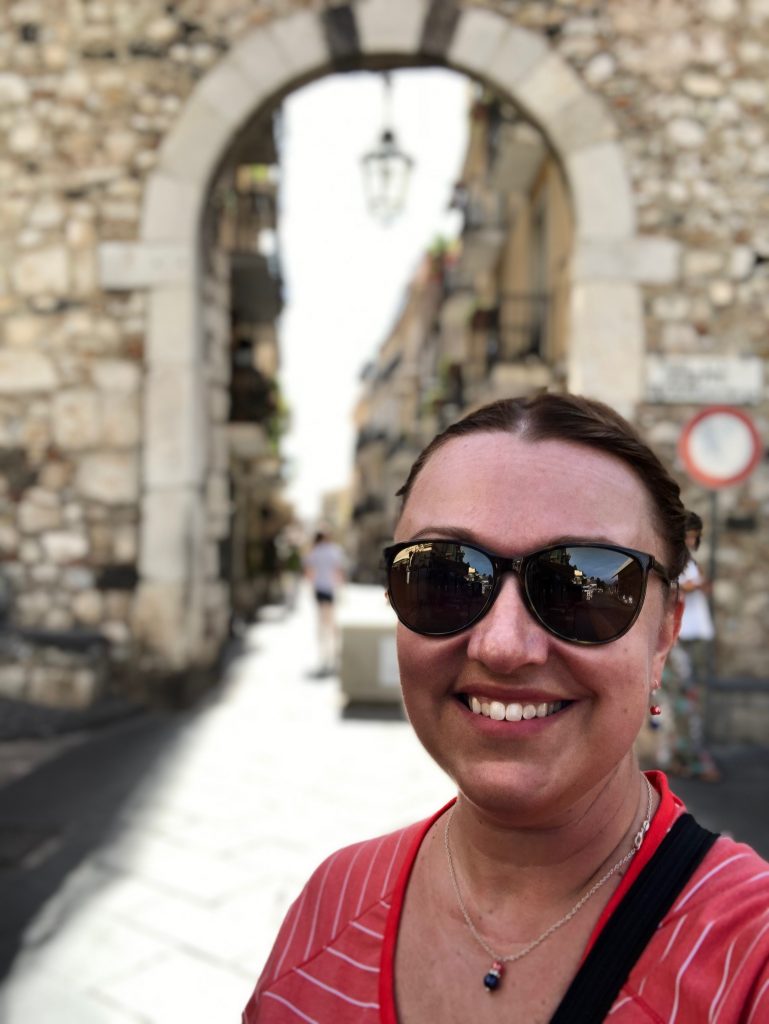 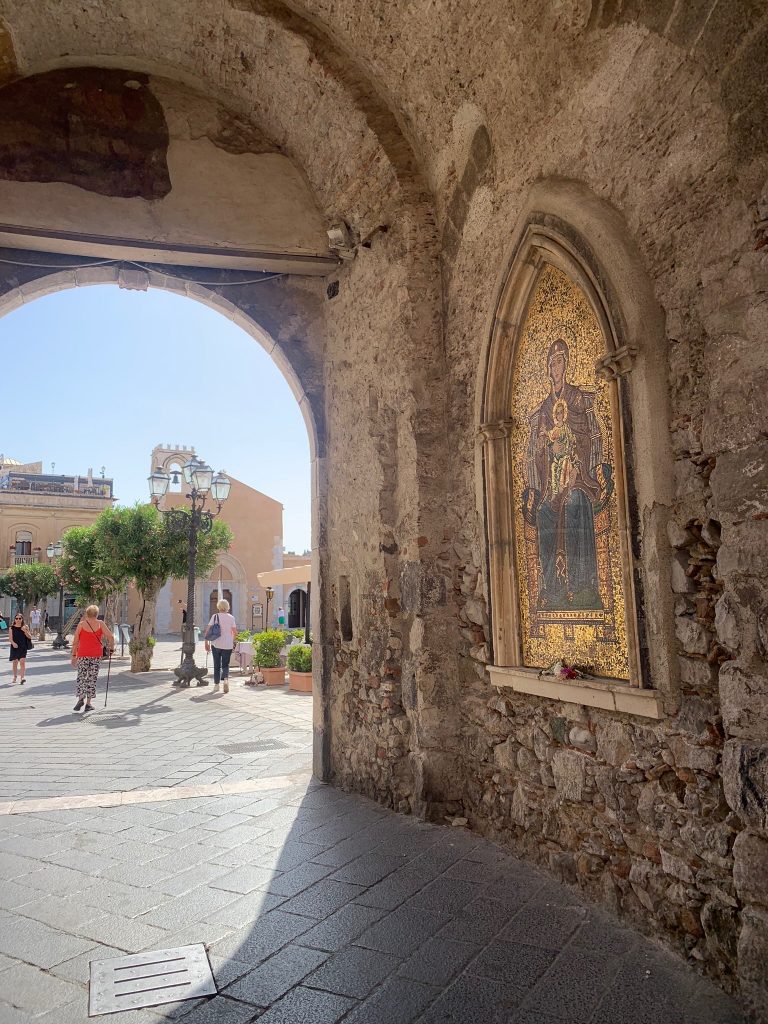 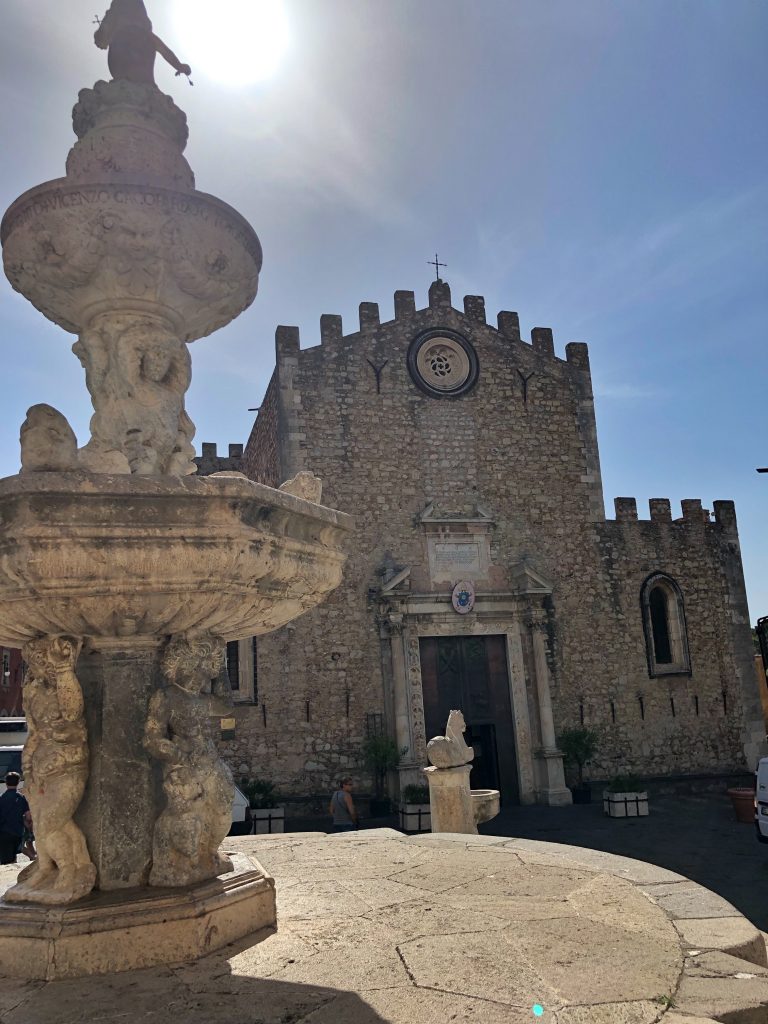 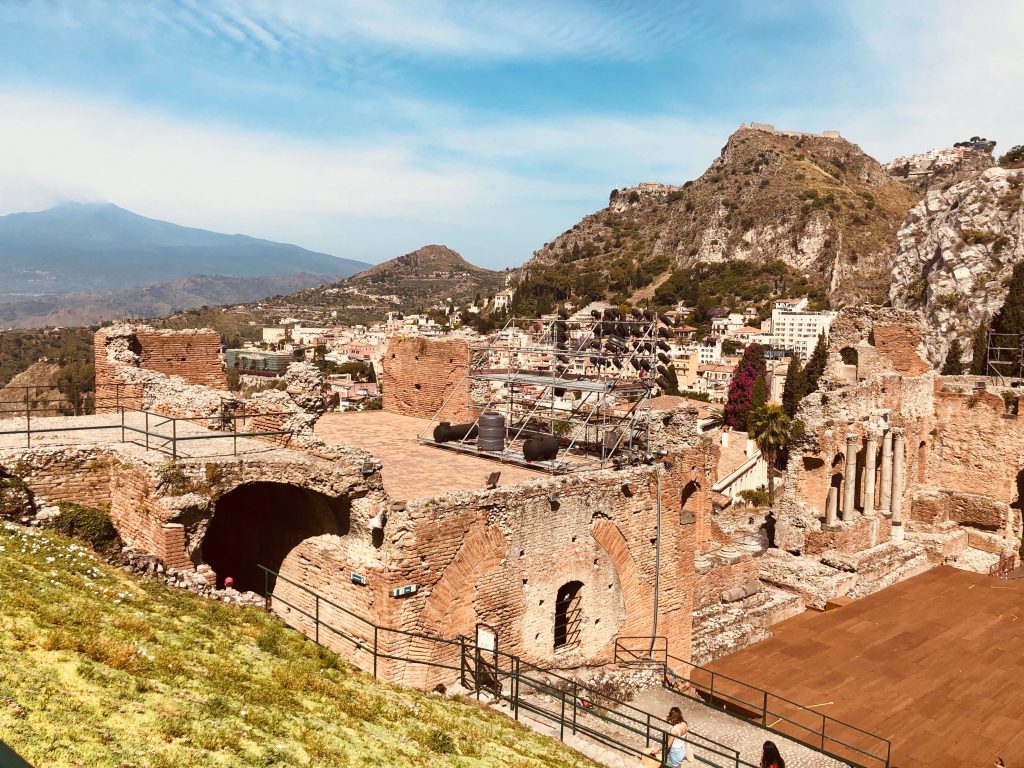 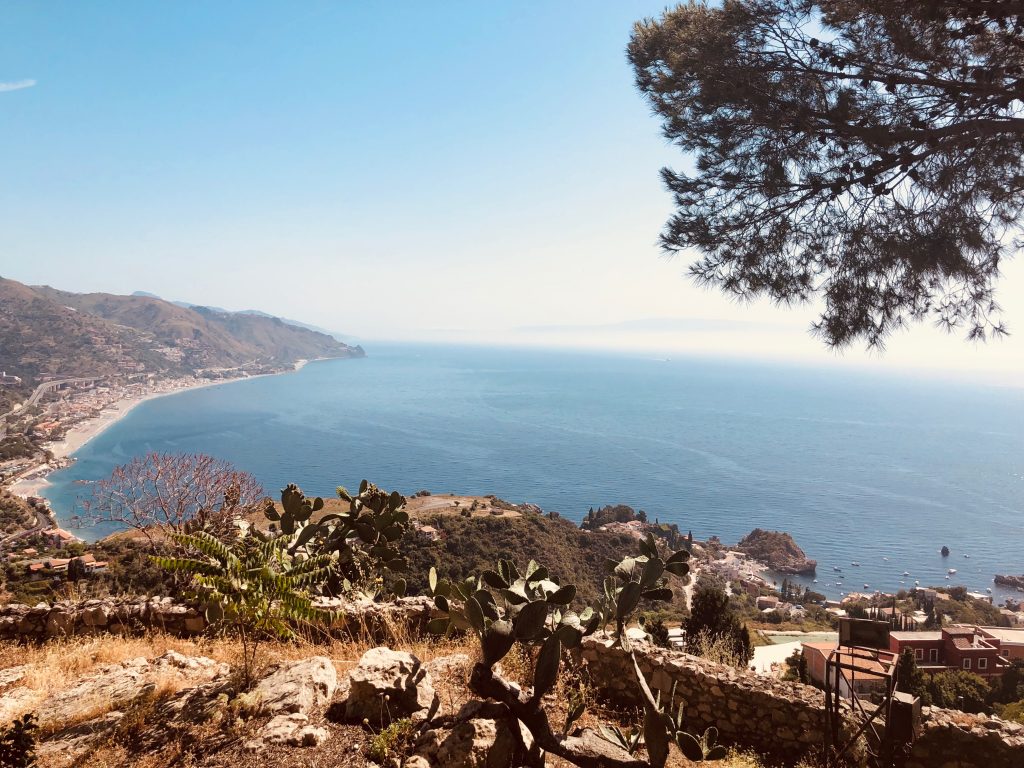 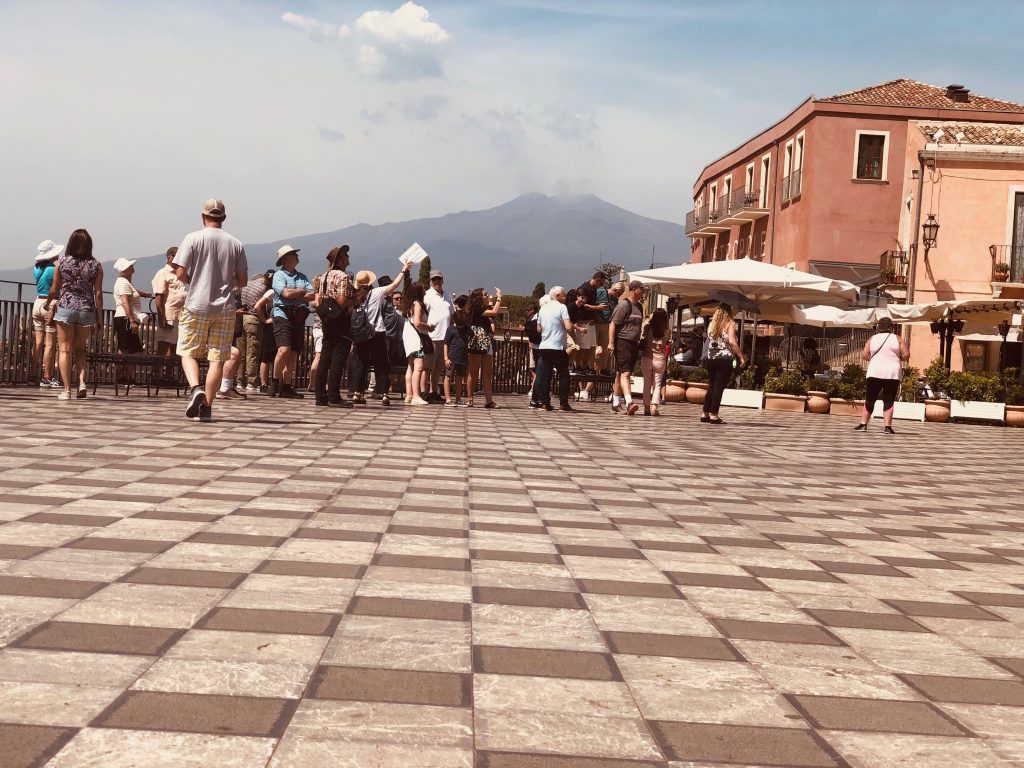 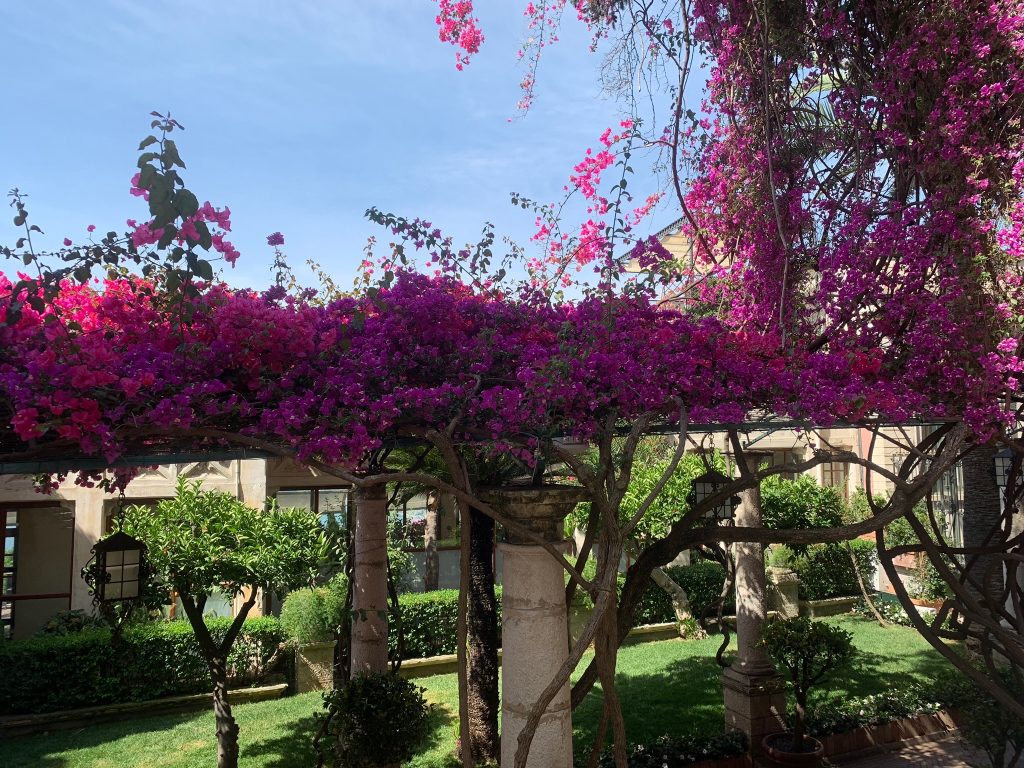 After Taormina, we went farther up the mountain to Castelmona. 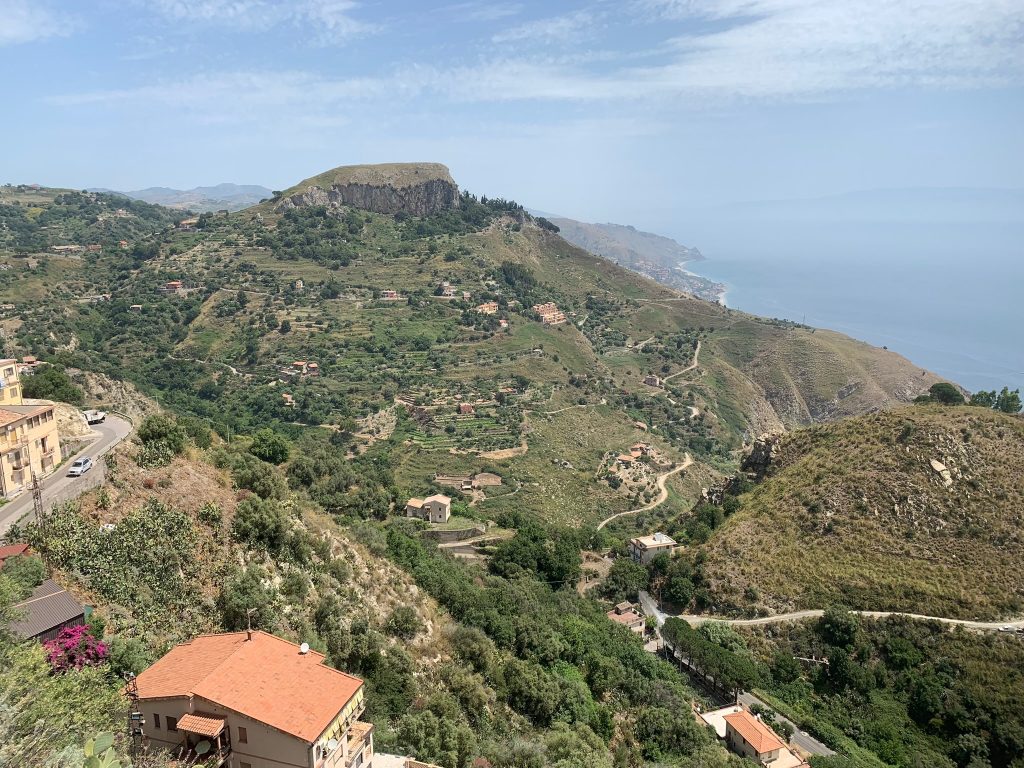 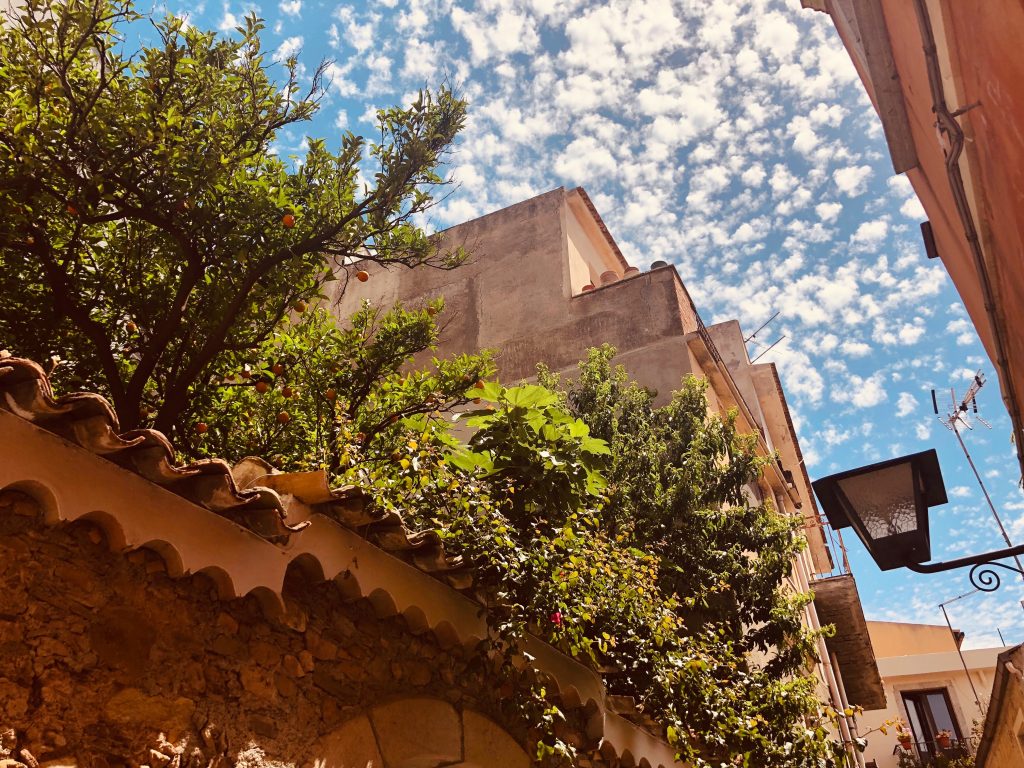 In Castelmona, there’s a bar with lots and lots of phallic symbols. We didn’t photograph those. 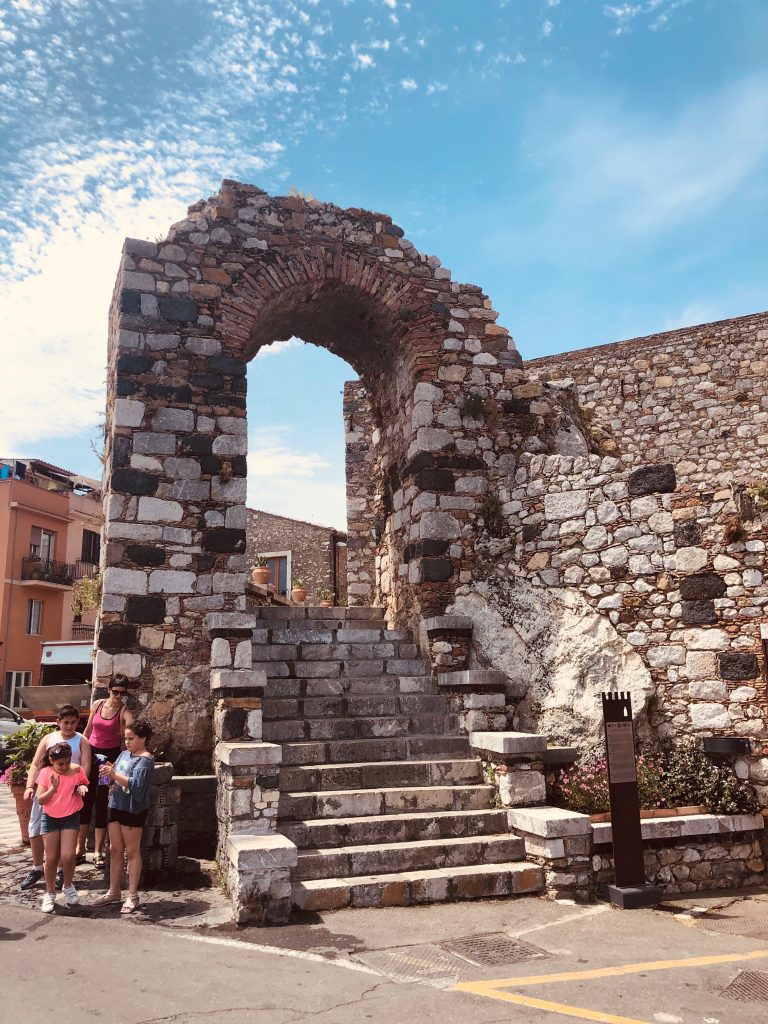 We went to Savoca, Sicily, where the Godfather was filmed. This is the bar where Michael first met Apollinia’s father. 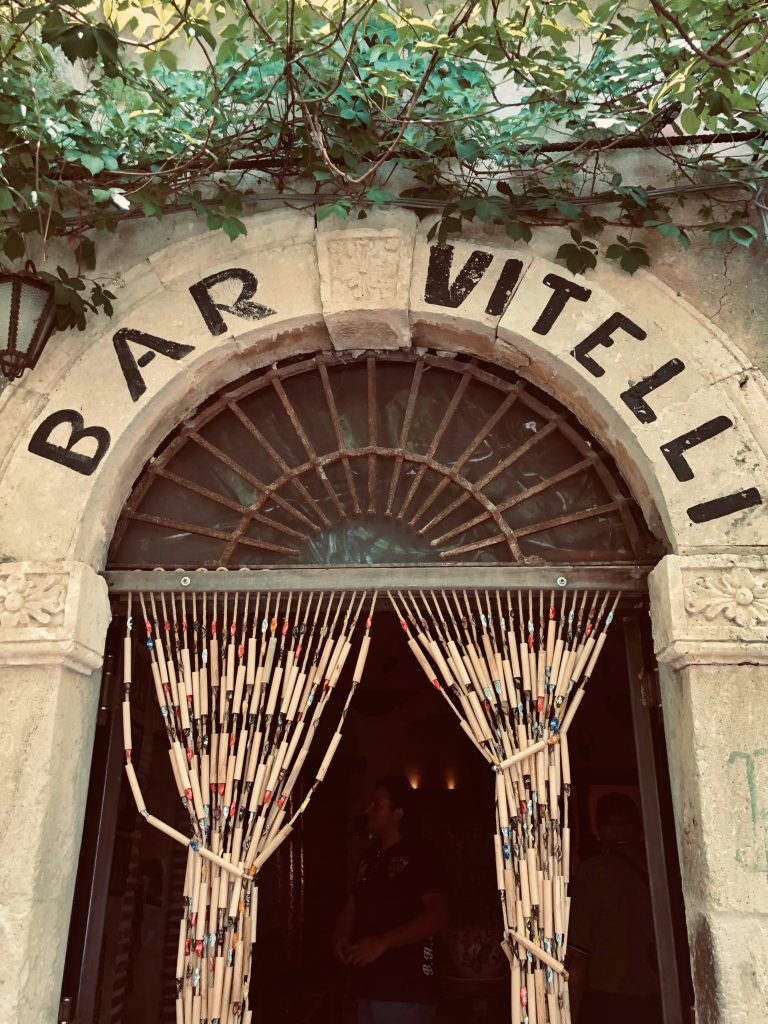 There are Godfather photos inside. 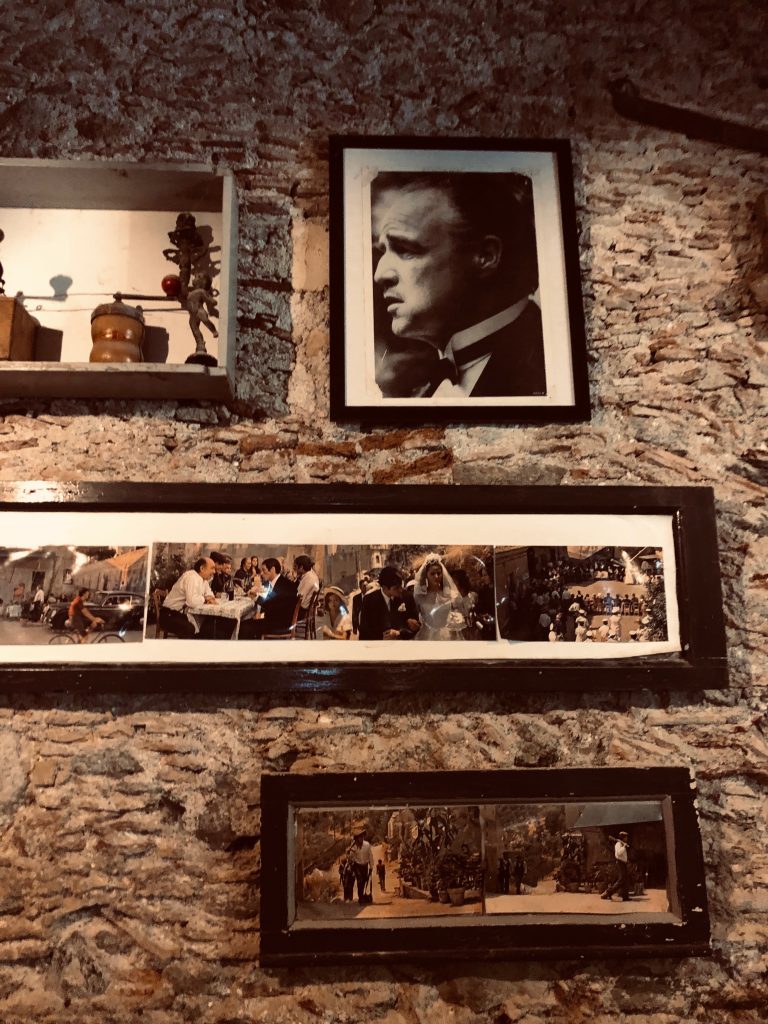 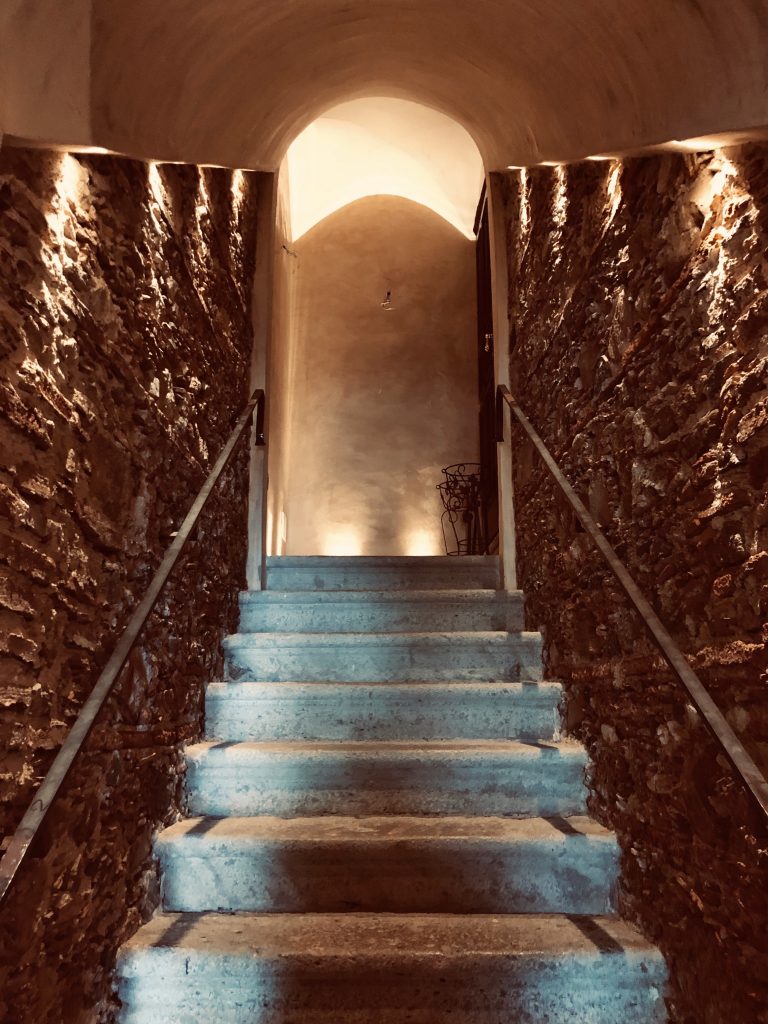 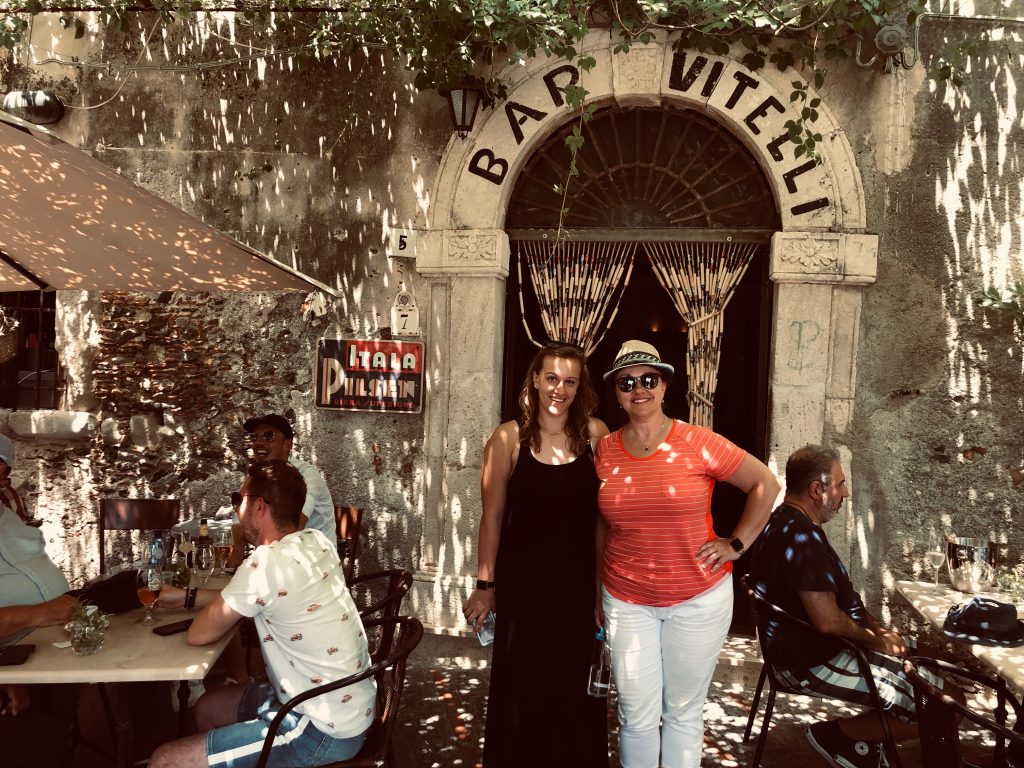 The church where Michael and Apollinia were married, and the street they walked down in the Godfather. 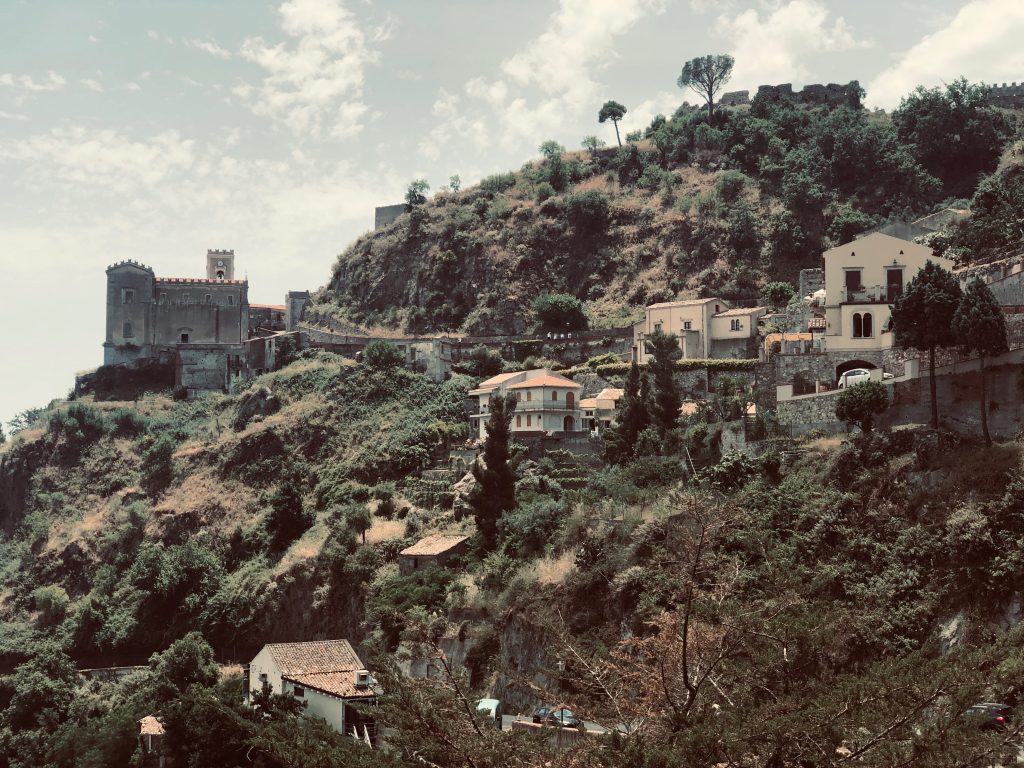 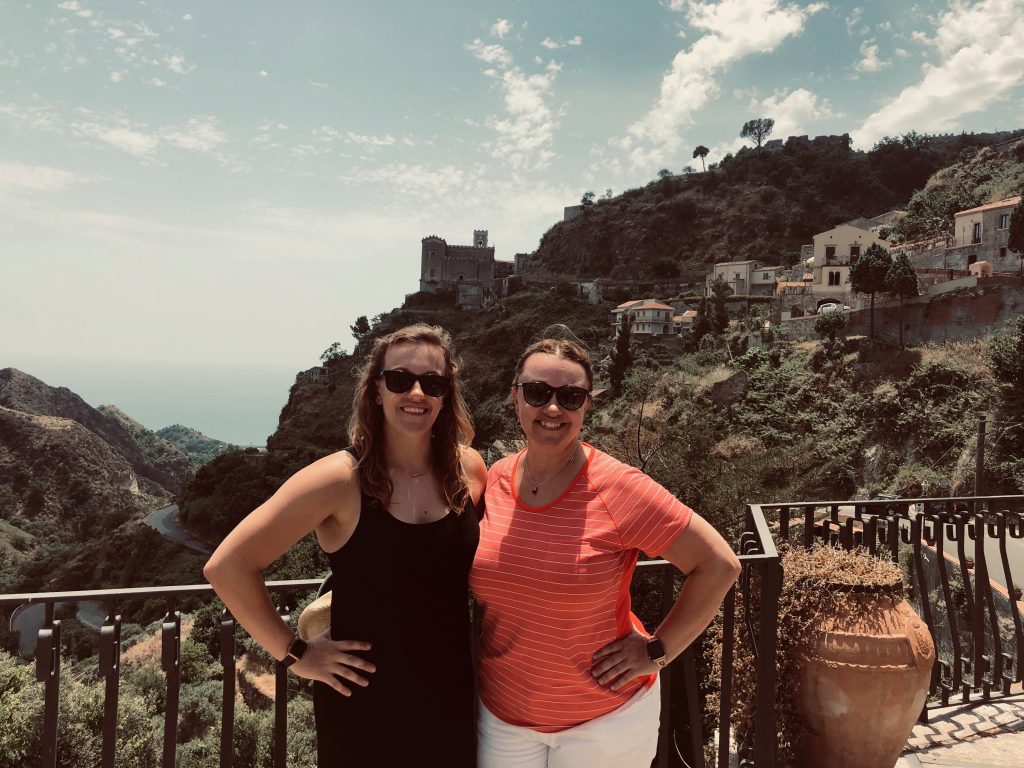 The most beautiful church I’ve ever seen. Seriously, I liked it better than the Vatican. 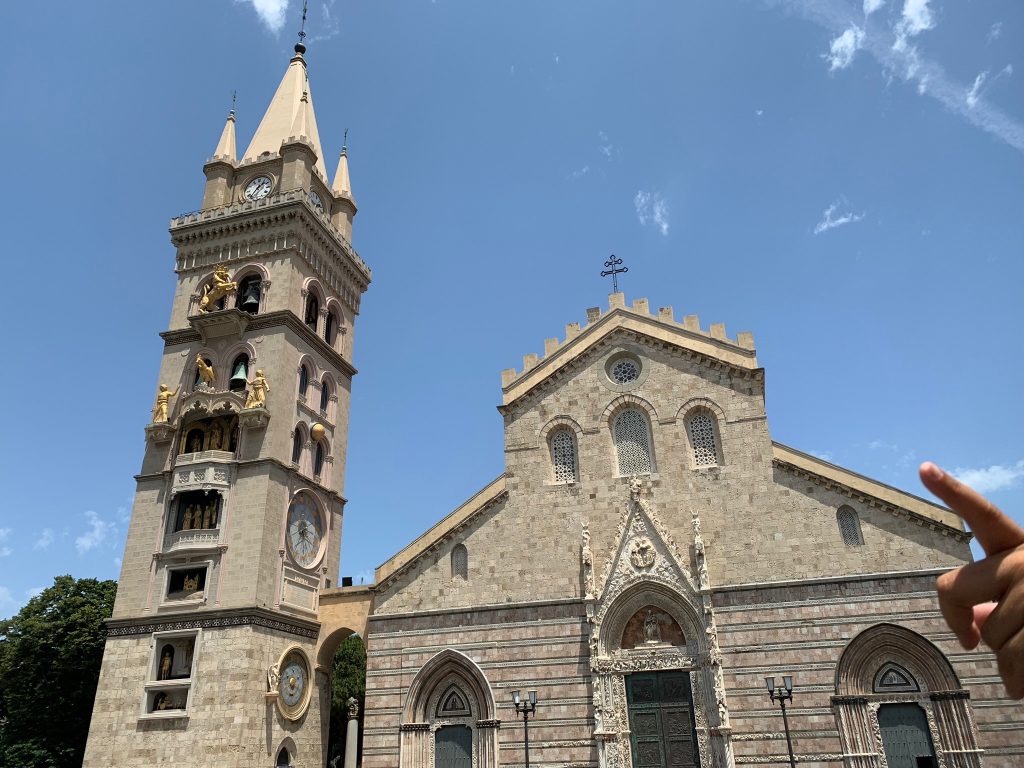 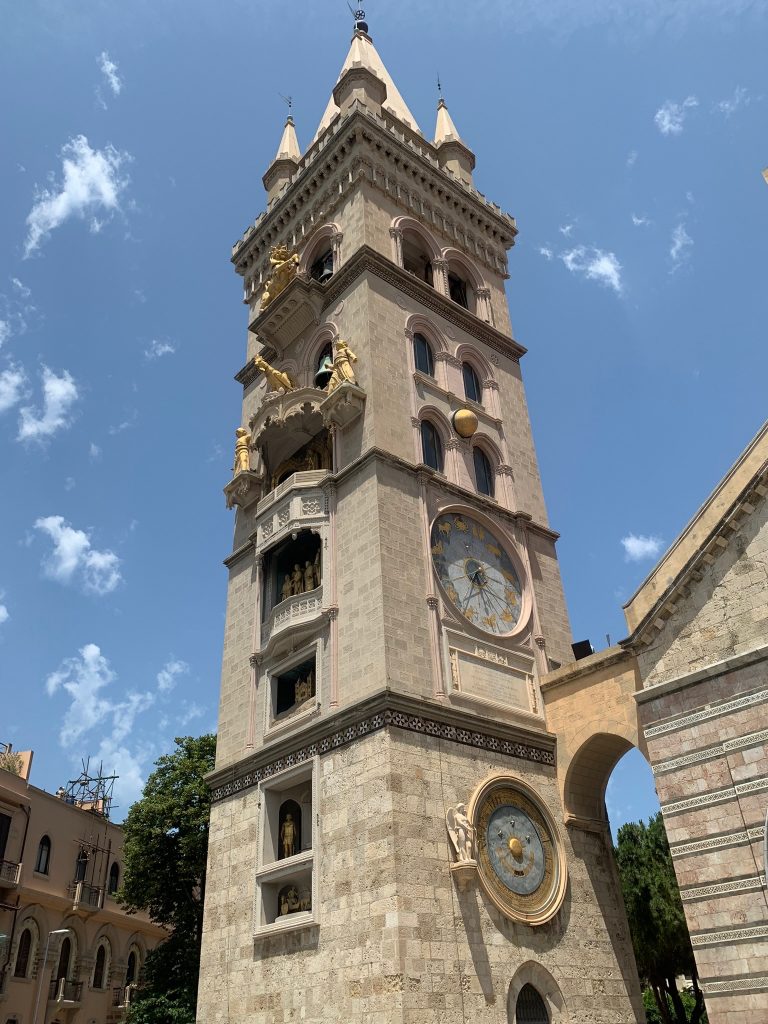 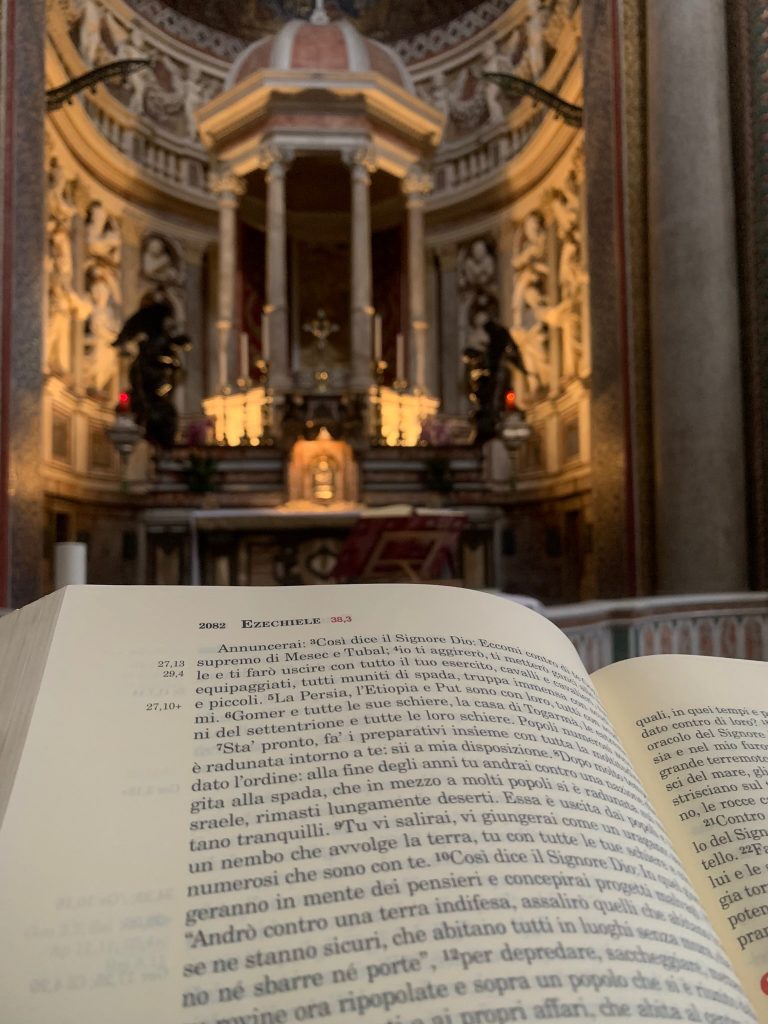 Our tour guides led us to Rosticceria Famulari, a local restaurant where they didn’t speak English. There, we had arancini. It’s risotto, cheese, and ragu sauce rolled in breadcrumbs and deep fried. This was the best food I had on the entire trip. Arancini means “little orange” because they are usually round. Closer to Mt. Etna, arancini is shaped like a volcano. Amaze-balls. 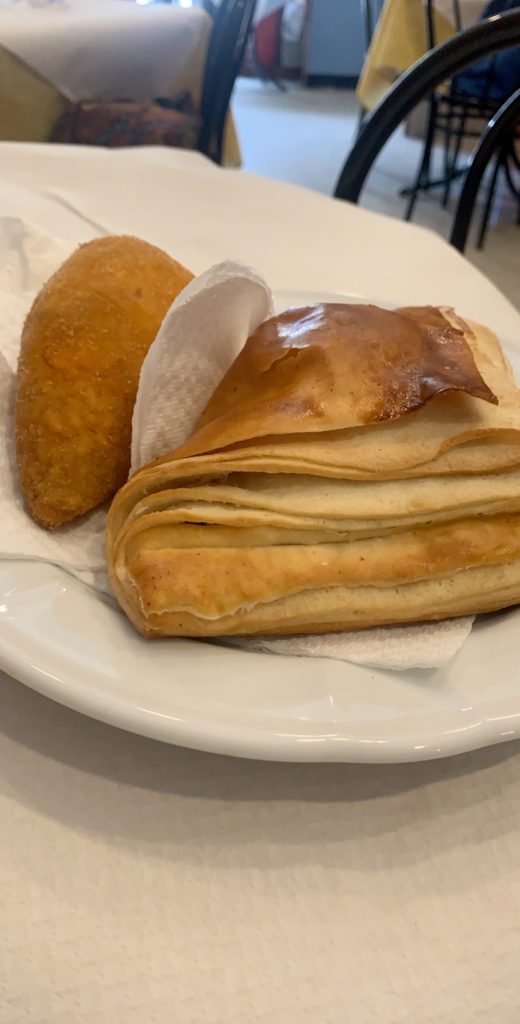 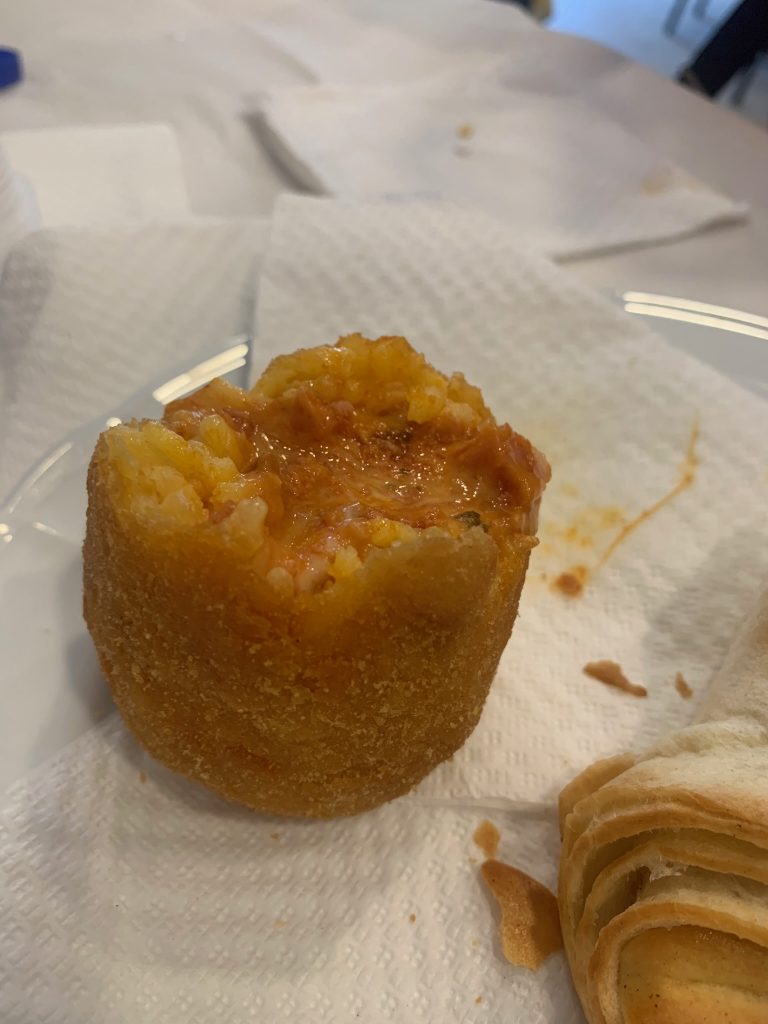 One of the largest bells in Europe. 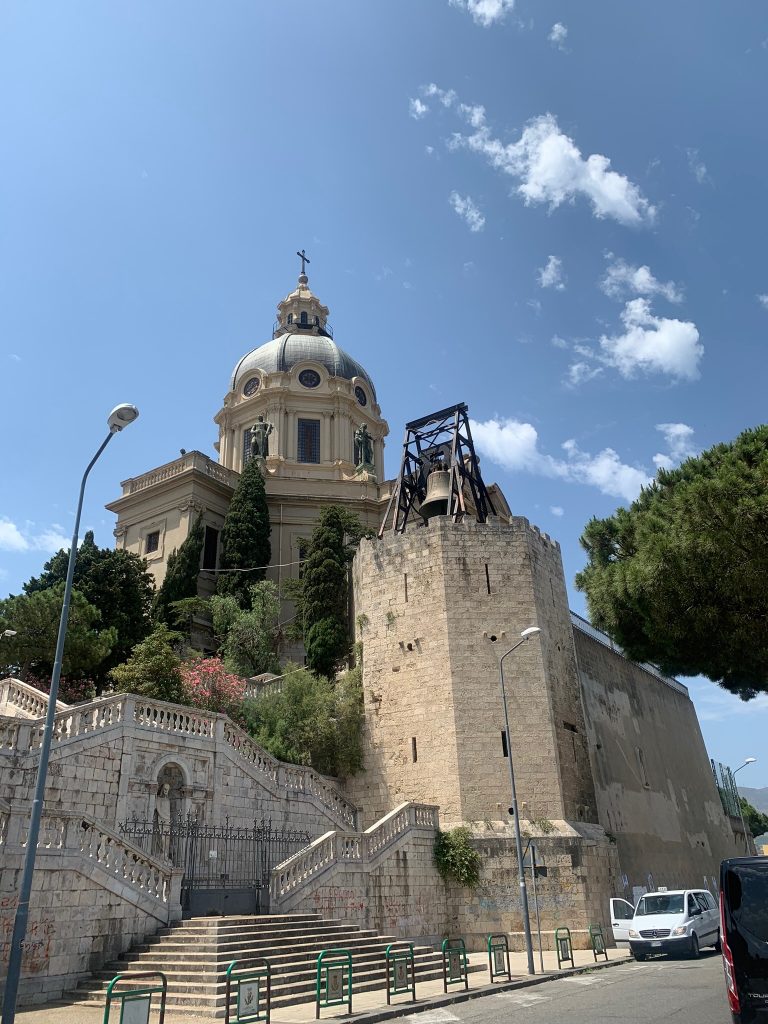 View of Messina from our cruise ship balcony. 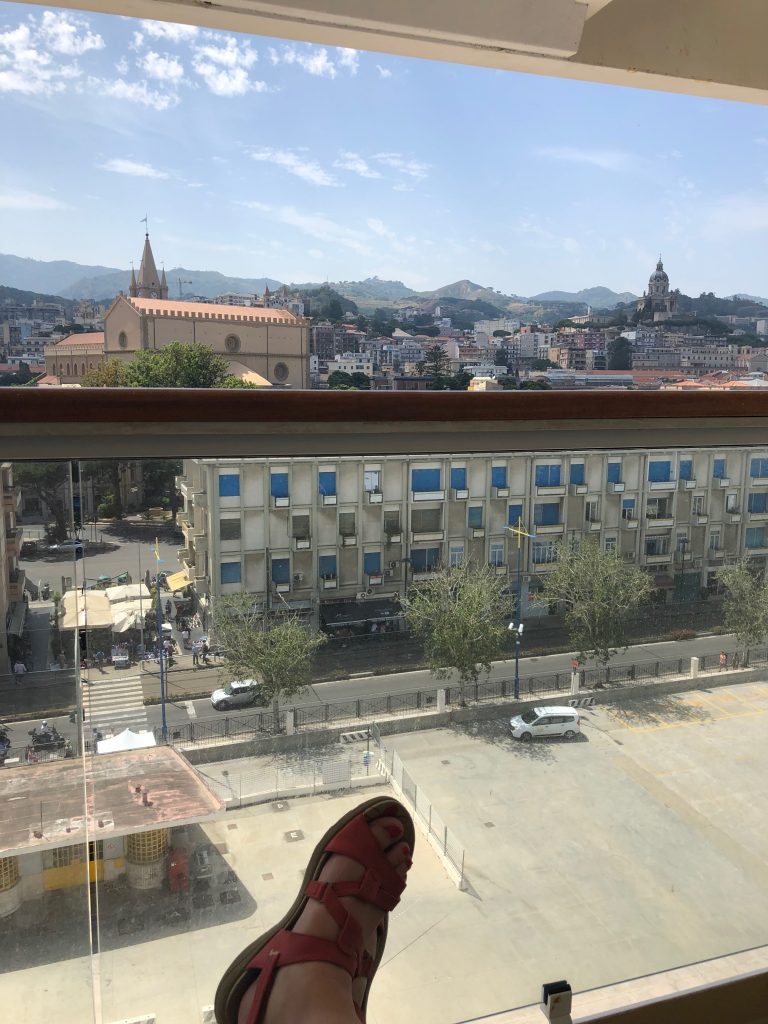