I’m running into a problem with my Samsung Infuse 4G. This seems to be a problem across many, many Android devices, including phones and tablets. I keep getting the error:

I keep getting this error over and over and over. At first, it was intermittent. Then it came more and more often. Finally, it was so bad that I could barely hit a button or do a task in between popups. I’ll describe the steps I took to repair the problem. 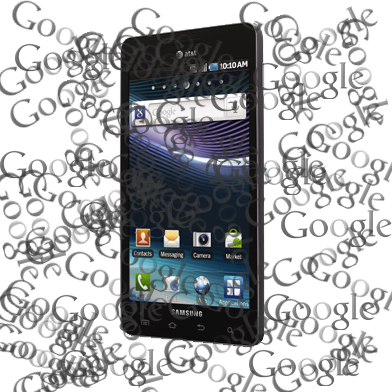 Google Has Released a Fix

According to Ethan at Google Support, “I’m able to confirm that we’ve completely finished rolling out the fix, so the specific issue that had been causing the Gmail app to crash on Android firmware version 2.1 and prior should no longer be a problem.”

This is NOT true. I’m running Android 2.2.1 and having this problem like crazy!!

I’ve seen this solution on many, many forums. I tried it and though it helped with the problem at first, it was only for a few hours. This is not a full solution.

As you see this error more and more often, you’ll notice the sync logo on your notification bar. It seemed to me that every time the phone was syncing, I got the error over and over. I didn’t have time to deal with the problem, so I used this recommendation as a temporary solution:

After doing this you will need to MANUALLY sync your calendar, mail, Google Voice, Widgets, etc. This is NOT a permanent solution, but will stop those stupid popups until you can really dig in and find a solution.

I found odd things here and there that people claimed worked, but did not work for me.

This seemed like a good alternative, and even though the directions are for a tablet, I can find Accounts and Sync in my Settings.

I tried the following steps, but the phone told me that “This account is required by some applications. You can only remove it by resetting the phone to factory defaults (which deletes all your personal data). You do that in the Settings application, under Privacy.” I did not reset my Google Account.

1. Go to BROWSER – SETTINGS – ADVANCED. Select ‘Reset to Default’
2. Next go the TABLET SETTINGS – ACCOUNTS AND SYNC. Delete the GMAIL account entirely. As far as I know this will erase all the GOOGLE settings on your tablet
3. Go back to the BROWSER – SETTINGS – GENERAL. Tab ‘SYNC WITH GOOGLE CHROME’
4. Enter your GOOGLE ACCOUNT details and proceed as instructed.
5. Go back to TABLET SETTINGS – ACCOUNTS AND SYNC. Your GOOGLE ACCOUNT should be added again. You can select ‘AUTO-SYNC’
6. tab on your GOOGLE ACCOUNT. You can now select what GOOGLE functions you want to sync. I’ve deselected PICASA as it slows down GALLERY (I have a lot of pictures online)

After reading multiple forums, I concluded that I might have deleted a minor Google App of some sort like Google Talk that caused the problem. So I tried to install the stock apps from a zip on a forum. Unfortunately, only about half of them would install, and even though I had my Sync turned off, this actually made the problem worse. After doing this, turning off the Auto Sync no longer stopped the popups.

I DO NOT recommend doing this, but here’s the information for those that want to be thorough.

Again, this made my problem worse, so beware!

This was my last option. I was ready to give up and go back to stock.

Read how to do it in my Return Samsung Infuse to Stock Article.

Believe it or not, this made things even worse. On reboot, My Launcher crashed, Facebook Crashed, Everything Google gave me the same error. What a mess!! I basically bricked my phone, and the thing I did was supposed to UNBRICK it. What a nightmare.

This is finally what worked, and what a pain it was. I tried emptying the entire cache on the phone and that didn’t work, so here’s what I did: