What are you doing this weekend? Maybe the weather is bad. Maybe your previous plans fell through. Maybe you just want to feel like you accomplished something this weekend besides hanging out in your recliner and binge-watching your favorite TV series. (Firefly, anyone?)

The Epiphenie Weekend Series covers useful organizational or technical challenges that you can overcome in a weekend. From organizing your computer files to updating your Facebook security settings, we cover it. Check back often as we add new topics.

As you plan for your weekend projects, you can use this handy weekend schedule worksheet, available as a PDF or a downloadable and editable DOCX file: 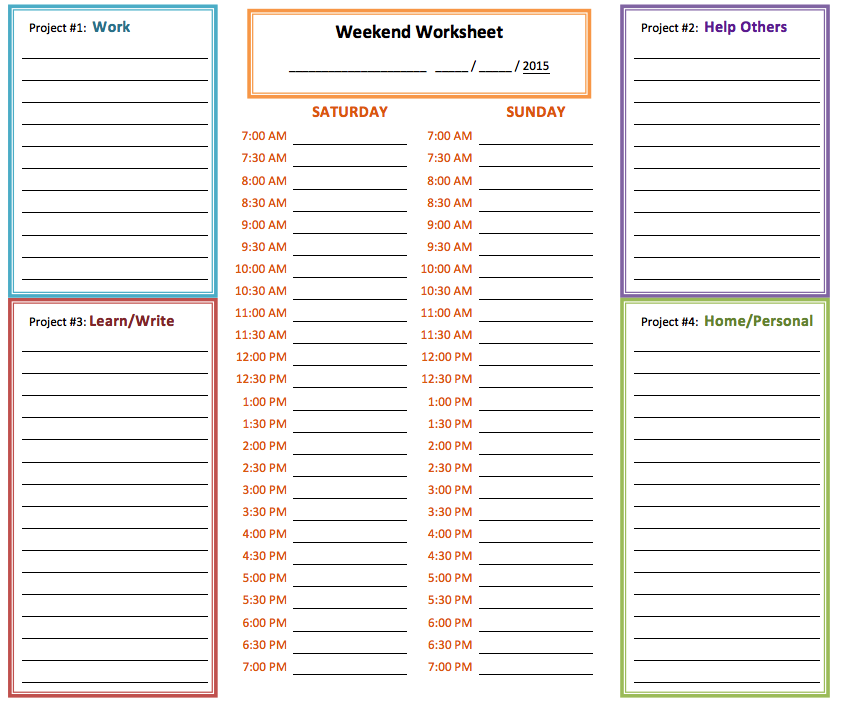